America Buys All That Change Bullshit

BARACK Obama swept to victory last night as millions of Americans lapped up all that bullshit about change.

The Illinois senator made history as the first black American to become President and the 44th man to win the office with a lot of vague platitudes and an army of creepy spin doctors.

He told a crowd of 250,000 supporters in his home city of Chicago: “Remember, change is something that happens in the middle of the night when we’re all fast asleep and very often the next morning no-one can tell that anything has actually changed.

He added: “You believe in Jesus don’t you? Right, but have you ever seen Jesus? Exactly. Just making sure we’re all on the same page.”

Mr Obama said he would bring about change by working closely with the vast and terrifying multi-national corporations that had funded his campaign and pledged to end the war in Iraq in order to create a much bigger war in Afghanistan.

“But instead of some middle-aged white guy doing it, it’ll be me and I’m half-Kenyan. D’you see?”

Bill McKay, a college student from Denver, said: “I can’t believe I now live in a country where an African American can be elected to the presidency after spending just $600 million on advertising.”

Meanwhile, in the UK, thousands of people talked about staying up all night to watch the drama unfold, but then didn’t.

Martin Bishop, from Oxford, said: “I was going to follow the coverage and have the significance of every result explained to me by Lord Dimbleby but then, at the last minute, I decided to go to bed because I don’t care.”

Denys Hatton, from Guildford, added: “If your life is such that you’re placing all your hopes in a politician, then may I humbly suggest you get yourself a crate of superlager and a cardboard box and stop wasting everyone’s time.” 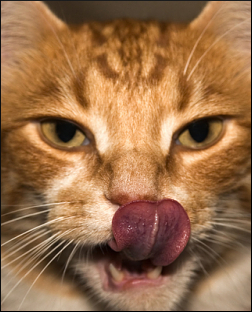 CATS last night thanked the government for its interest in their welfare but insisted they were fine.

Britain’s felines said new government guidelines issued to humans were an attack on their privacy and revealed a ‘twisted obsession’ with how and where they go to the toilet.

However, they welcomed new rules for dogs, who they described as the animal equivalent of a human in the advanced stages of Alzheimers.

He added: “I don’t need to be entertained like some toddler, thank you very much. I just need access to a garden where I can torture birds to death.

“And by the way – give me food whenever I want it or I’ll fuck off and live with someone else.”

Bobsie, a tortoisehell tabby from Hampstead, said: “It is your job to open tins and not swing me by the tail. Not difficult.

“And I suppose I could shit in the garden, but what you fail to grasp  is the unbridled enjoyment I derive from dumping in a tray of piss-soaked gravel in the corner of the kitchen – while you’re having your tea.