American rave culture to be worst thing that has ever happened

RAVE culture ‘breaking’ America may be the worst occurrence in human history, it has been claimed.

Gym-obsessed, wildly enthusiastic Americans have embraced the dregs of rave, over a decade after it was ruined by the British.

“If you thought raves had gotten shit in the UK, the Americans have got this DJ in a rodent helmet who does not take drugs.

“I repeat, he does not take drugs.

“There’s another one who does dubstep and looks like a fraggle.

“This is going to get ugly.”

She said: “Woooooo! Fuckin’ a! Here comes the drop! The drop! Woooo!”

“The British soon adopted it, because as a nation we’re always looking for an excuse to take fucking loads of drugs.

“Then everyone had a brilliant time for a bit until a load of gangsters and public schoolboys realised it was quite easy to extort money from people dressed like infants.” 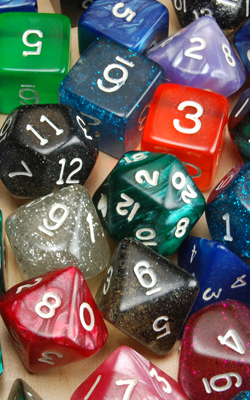 NERDS are at serious risk of being recruited by terrorist groups, it has been claimed.

As three young social misfits were found guilty of plotting a massive terrorist atrocity, the government has promised it will reach out to vulnerable young nerds.

A government spokesman said: “We’re definitely seeing a connection between having terrorist aspirations and being a portly science obsessive who’s less than brilliant with girls.

“For them it’s less of an ideological thing, and more about finding some friends who don’t mind their poor social skills, questionable hygiene and rampant halitosis caused by eating only Doritos.

“We need to connect these at-risk young men with mainstream nerd culture. For example, they could be playing Warhammer fantasy games, watching Red Dwarf and collecting My Little Pony in a semi-ironic way.

“They’re all much better ways to spend your Sunday than planning a pathetically narcissistic atrocity.”

He said: “We are from different walks of life but we’re all really into Green Lantern and dressing up as robots.

“I used to be a radical. I’m still a passionate, angry man but more about things like the upcoming Superman film, which I just don’t see fitting into the DC Universe.”

Fellow nerd Julian Cook said: “I never had any Muslim friends before but these guys are ok, except when they kill my level 4 warrior with an amulet of death.