And we were so close to voting for Trump, say women

WOMEN voters in the US have admitted that Donald Trump has really let them down.

Following the release of audio in which the Republican candidate admits to being a serial sex offender, women said they were shocked and saddened by someone they regarded as a feminist icon.

Anne Logan, from Cleveland, said: “Like everyone else I assumed he was someone who understood and respected women.

“His comments about a female journalist having her period was a bold defence of feminism and his comment about being sexually attracted to his own daughter was all about empowerment.

“So yes, I am very surprised to discover that he is also a monstrous sex offender.”

Sandra Young, from Denver, added: “I may still vote for him, but only because his apology was so humble and genuine.” 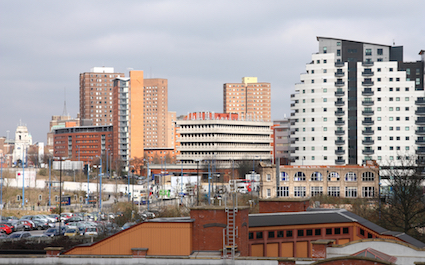 LONDONERS are leaving the capital for Birmingham because it is the only city in Britain unpleasant enough for them to cope with.

Migrants from London are advised to choose Birmingham because it has all the things they imagine they need, like Selfridges and Michelin-starred restaurants, without the shock of pleasant landscapes or friendly inhabitants.

Estate agent Joanna Kramer said: “Initially we were helping Londoners move to places like Harrogate or the Brecon Beacons, but too often they’d be found dead within a month from the sheer congeniality of their environment.

“So we use Birmingham as a detox, to slowly bring them down from the hypershit urban sprawl of London to a smaller urban sprawl that is only megashit.

“From there they may be ready for Leeds or Cardiff, after that any of the nondescript-but-alright towns in the Midlands, and within a decade they may actually be able to reside somewhere actually nice.”

Susan Traherne, who moved to Birmingham from Wood Green last year, said: “The traffic is slightly less oppressive, some of the multi-storey car parks are original brutalist concrete, and last week we saw a canal without a dead dog in it.

“This is a paradise on earth.”