At least we're only on fire metaphorically, Johnson reassures UK

THE prime minister has reassured Britain that, unlike Brazil, it is only burning to ash as a nation in a figurative sense.

Boris Johnson has distanced himself from fellow right-wing populist liar President Bolsonaro by clarifying that while he is torching the UK for his own short-term political gain, it is so far only metaphorical.

He continued: “Yes, I am an arsonist. But my bonfire of Britain’s traditions, laws and institutions is not physical yet.

“This autumn, when losing a vote of no confidence, I plan to burn down Parliament by ignoring conventions, refusing to resign and scheduling an election after a no-deal Brexit.

“That no-deal Brexit will itself set light to the oil-soaked kindling of our country, with our combustible faith in politics, relations with Europe and trust in one another going up in smoke.

“But not until the late November food and medicine riots, which will see major cities ablaze, will the flames be actually real. And that’s my promise to Britain.”

Five backstop solutions that are obvious if you're thick 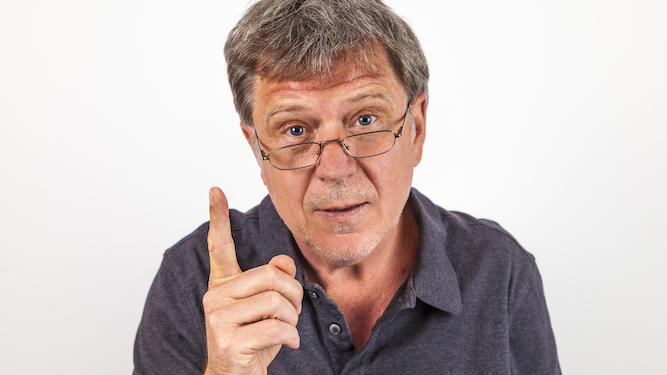 ARE you sick of the backstop getting in the way of Brexit while being too moronic to understand what it is? Leave voter Martin Bishop runs down the alternatives:

Look out for bad foreigners

After Brexit, we’ll only really need a border to keep out bad foreigners, such as Eastern European gangsters, Islamic terrorists and the French. These rascals can be easily caught by sharp-eyed patriotic police officers and sniffer dogs trained to recognise garlic.

Technology will remove the need for the backstop. I don’t need to specify what sort because I’m not a scientist. However on Star Trek they have scanners that tell them all about planets before they set foot on them, and we invented the bouncing bomb so I expect our boffins could easily come up with something like that.

Stop being so fussy

So what if there’s a bit of horse in your lasagne? It’s a delicacy in France. As for the EU worrying about dangerous goods being exported from the UK, let me tell you this: I bought a ‘Chikushou’ clock radio from the Wednesday market last month and it’s still working. That’s good enough for me.

Smugglers in films are jolly pirate types with an admirable entrepreneurial spirit. And who doesn’t want a cut-price barrel of rum or 800 bargain Superkings? Now I think about it, it’s a bloody outrage smuggling is illegal in the first place. Typical EU red tape.

Put the IRA in charge of the Irish border

Set a thief to catch a thief, they say, so why not let the IRA deal with the border? They’ve got the men, they’ve got the guns and they won’t blow up their own customs posts. Crucially, there’ll be an effective deterrent for immigrants – kneecapping. This is so brilliant I can’t believe no-one’s thought of it before.