Ate soup with a fork, and five other things the Queen told Biden Trump did

CONVERSATIONS with Her Majesty are usually strictly private. But in her meeting with President Biden she asked for these nuggets about his dickhead predecessor to be revealed:

When he ate soup with a fork

During a state banquet Trump spent ten minutes eating pea soup with a dessert fork while the Queen looked on, shaking with suppressed laughter. After realising his mistake he switched to a knife.

When he pissed in a Buckingham Palace laundry closet

Ignoring directions to the loo, Trump opened a cupboard full of clean, fresh white towels and just unzipped and let go. He then wiped his hands on a towel and barked at Prince Edward to ‘get that cleaned up’ before continuing to eat asparagus spears with his fingers.

When he wrecked her lawn with a helicopter

Visitors usually arrive at Buckingham Palace by car because there’s a main road right outside. Trump rocked up in a helicopter and left oil marks and craters on the bowling green. He promised to pay for all damages then didn’t.

When he hit on Princess Anne

That video of Princess Anne backing away from greeting the small-handed prick makes even more sense when you learn that he made a pass at her. The press didn’t read anything into Anne’s recoiling horror because that’s typical when meeting Trump.

When he fed the corgis chocolate

Gifts for hosts grease the wheels of diplomatic relations, unless you’re feeding a half-melted Hershey bar to the Queen’s pedigree corgis while saying ‘They love real American chocolate, huh? Huh?’

The film of him drifting about like a drunk toddler while inspecting the royal guard doesn’t even scratch the surface. During photos with the Queen he would plonk himself right in front of her like an idiot bodyguard, and would have to be shifted by the same palace handlers charged with removing Prince Andrew from public. 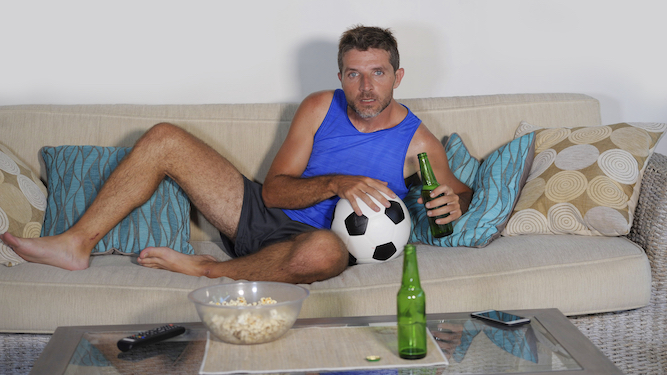 ACROSS England fans are leaving work early and settling down by the telly with a few cans to enjoy Scotland’s loss this afternoon.

Bosses throughout the country have generously allowed employees to leave at lunchtime, and pubs are full of English drinkers getting tanked up in anticipation of a magical two hours.

Nathan Muir of Hitchin said: “The atmosphere. There really is nothing like it.

“To stand side-by-side with your countrymen, supping pints, singing songs, waiting for a feast of shambolic football and glorious schadenfreude. I can’t wait.

“It’s far better than yesterday’s England game. That’s just stressful because we might lose because we’re not actually that good.

“But you don’t need any of that ‘believe’ bollocks with Scotland. Whether you’ve got faith in Robertson fumbling the ball into the path of a Czech attacker or not, it’ll happen.

“My son’s 21 and he’s never seen Scotland exit at the group stage of a major international tournament. This is his first time.”