BRITISH 18-year-old Stephen Malley has managed to survive for six weeks in the heart of Sydney.

Starved of culture and self-deprecation, Malley was forced to drink his own urine rather than sweet, fizzy lager.

He said: “Neighbours and Home and Away can’t prepare you for the reality of the situation.

“Everyone here is so relentlessly cheerful.”

659 million people even worse than you thought 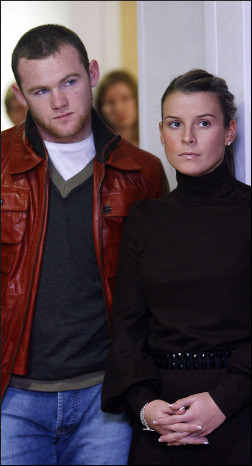 ALMOST 10 percent of the people on Earth are even worse than you had suspected.

Science has established that Manchester United Football Club is supported by 659 million people, all of whom can now be classed as ‘wholly unacceptable’.

The research, performed using a website and a calculator, found that every corner of the world contains at least one human who still thinks Ryan Giggs is really nice.

Professor Henry Brubaker, of the Institute for Studies, said: “Obviously, Manchester United is supported by many people in the UK who live nowhere near Manchester and wouldn’t know the offside rule if it ran their quirky local cheesemongers.

“They are the worst people in Britain.

“But now we discover there are hundreds of millions of people who live even further away from Manchester – many of them as far away from Manchester as it possible to be while remaining Earth-bound – who still seek to identify with Wayne Rooney and his terrifying, aubergine-coloured mentor.

“What kind of lives are these people living? Has Oxfam been distracting us from a far greater humanitarian disaster?

“Or perhaps they are all just really stupid and ghastly?”

Professor Brubaker added: “Could it be that they think Manchester is a Utopia filled with eight-foot tall, hyper-intelligent demigods? If so, we need to find a way of paying for each and every one of them to go there immediately.

“And then take a photo of their face that they can keep, forever.”