THE president of the United States has been visited by a ghoulish apparition bearing an uncanny resemblance to ‘that dickhead Trump’.

Joe Biden was enjoying a nap when the creature, with its right-wing populism, messed-up haircut and total lack of substance, manifested in the Oval Office.

Biden said: “It was like Trump but if he was on Downton Abbey, you know what I’m saying? Like the prime minister from Love Actually but fat and racist and dead.

“I blinked, which it took as a signal to blather on about trade deals just like that awful orange asshole always did. But all the time you could see right through it.

“I have to say if you’re a rational person you wouldn’t find it convincing. Only credulous fools would fall for it. But there’s an awful lot of them out there, which made the hairs on my neck stand up.

“I pressed my panic button and the Secret Service removed it like it was never there. I admit I was shaken. We checked and Trump’s not dead, just in Florida. I guess we’ll never know what this horrible apparition was. Or care.”

Boris Johnson said: “The special relationship between the UK and the USA is as strong as it’s ever been.”

The farm-to-fork journey: how it doesn't work anymore 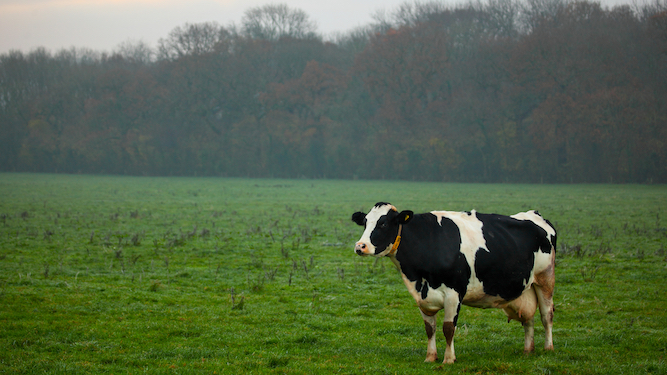 THE journey from Britain’s farms to the food on your plate is vital to keeping the country going. Here’s how it’s broken down irrevocably:

At the farm, crops are harvested by migrant workers who are no longer allowed in the country. Meanwhile animals cannot be slaughtered due to a shortage of inspectors for the same reason.

Goods are then not picked up by HGV drivers who have left the profession because of low pay and shit conditions, or who due to the Home Office’s hostile environment policy have elected to stay in Romania. They cannot therefore take it to warehouses.

In the warehouses, suffering a staffing crisis because of the issues explained above and then some, the meat and vegetables cannot be packed because of a shortage of CO² caused by selling all our storage facilities to foreign owners who closed them.

From there the same unavailable HGV drivers as previously take the food to the supermarkets, where overworked staff put it out. Despite higher prices due to costs in the supply chain, Brits trained by 18 months of stockpiling soon clear the shelves.

Back home, families store food in fridges powered by electricity and cook it in gas ovens, while both those last. Alternatively they could go out for food at a gastropub or restaurant closed four days a week because they have no chefs or waiters.

And that’s how food doesn’t get from the farms to our kitchen tables. Not applicable to Northern Ireland which has it even worse.