THE UK has applied to join the Pacific free trade area after international trade secretary Liz Truss managed to completely f**k up reading a map.

Truss is speaking to ministers in Japan and New Zealand this morning, will realise her error at that point, and bulldoze ahead as if she meant it regardless because that is what Tories do.

She said: “They are difficult to fold up, these maps, aren’t they. And unrelated, we’re joining the Comprehensive and Progressive Trans-Pacific Partnership which makes perfect sense.

“The thing about oceans is they all look the same, so it’s easy to misidentify the Pacific as being next to Britain when actually that’s the Atlantic, but proximity’s overrated anyway.

“It’s got Australia and Canada in and they’re like us so it’s not a total loss, and we’re ready to accept any conditions Japan wants to impose because it’s fine because only EU trade deals affect precious sovereignty.

“So we don’t want trade deals with Europe or mean old Joe Biden now because of our new cool Pacific mates. So there.”

Wetherspoons stayed open through the Blitz, and other boomer myths 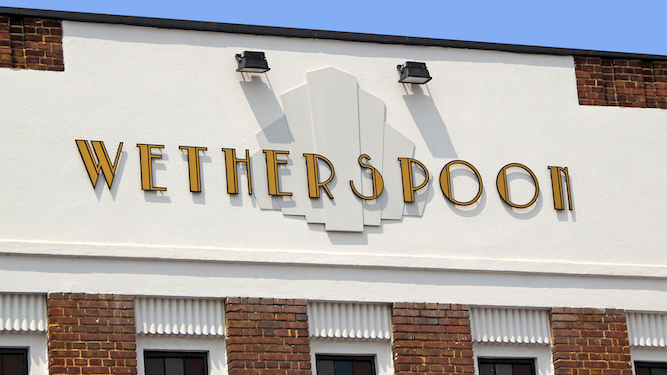 OVER 55? Managed to convince yourself that you were part of the Greatest Generation ever to battle through adversity to succeed? Roy Hobbs remembers:

Wetherspoons never closed, not even during the Blitz

In World War Two, which I remember so vividly it’s like I was there despite my 1955 birthdate, we all made great sacrifices while doing whatever we wanted, all the time. My grandad ate calamari and garlic pizza bread at his local Spoons every day of the Blitz. That’s the British way.

My nephew Bailey left school with ten GCSEs and three A-Levels when I didn’t get any, and failed my eleven-plus. The only possible explanation is that education in this country is now a piece of piss. It all went wrong when they stopped teachers viciously beating you.

We were a better country without all this health and safety

Yes, dozens of people were regularly killed in industrial accidents, but we just got on with things. Regular bouts of food poisoning sorted the wheat from the chaff.

Everyone sang on public transport

There wasn’t any of this staring at phones on the bus. Instead every passenger would embark and spend the entire journey singing along to an old standard about Hitler’s monorchidism, or a merry ditty about ration-book shortages. We’d only stop to smoke.

You could walk into a high-paying job

Sick of being a lathe operator? Walk out, go over to Lloyd’s of London and get hired as an insurance broker that same morning. There were so many jobs that anyone could do whatever they wanted and still have ten and six in their weekly wage packet. Which ws a fortune.

Before we were strong-armed into joining the EEC by a fraudulent ‘referendum’ result, Britain was the most powerful and influential country in the world. It wasn’t just our military and industrial might that made us great, but also our culture — our cutting-edge brutalist architecture and Fanny Craddock’s cuisine were the envy of every nation.