PUZZLED Scots have asked David Cameron to explain the mystery word in his ‘effing Tories’ comment.

Across the country, people in offices, pubs and shipyards have been wondering what on earth he was trying to say.

Bill McKay, the Edinburgh voter who will decide the referendum, said: “Was he referring to the market town of ‘Epping’, perhaps?”

Downing Street stressed it was ‘perfectly obvious’ what Mr Cameron was saying and there was no need for further clarification.

But McKay added: “On the contrary, I don’t think it’s obvious at all. We’re a bit slow in Scotland. So we need Mr Cameron to go out on the Six O’ Clock News and say the word.

A Downing Street spokesman said: “If Mr McKay thinks the Prime Minister is desperate enough to… all right, he’ll do it.”

Spurs to play next season online 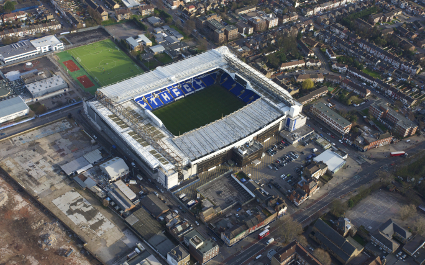 TOTTENHAM Hotspur is to play all home games next  season on the internet while work on a new stadium is completed.

The club claims the move is in the interest of fans after other options, including breaking the team into four to play at four non-league grounds simultaneously, were rejected by the FA.

Chairman Daniel Levy said: “We need a convenient location with enough capacity for tens of thousands of supporters.

“We’re currently negotiating with Minecraft, World of Warcraft and EVE Online for a piece of virtual real estate big enough to accommodate all our matchday packages, from being there on the pitch with the players to a glitchy livestream.

“And because the web is rife with anti-Semitic nutjobs, the away fans will feel right at home.”

Manager Mauricio Pochettino added: “If anyone gets injured we’re levelling up Hugo Lloris so he can cast a healing spell.”