Castro mourned by people who have confused him with Che Guevara

PEOPLE who think Fidel Castro was Che Guevara are mourning his death.

Thousands who only have the mental capacity to process one bearded man in khaki have decided that it was probably Guevara who died over the weekend.

38-year-old Martin Bishop said: “I think Che did a brilliant job running Cuba for years, which can’t have been easy after his best mate Fidel Castro got shot.

“I used to have a poster of Che or Castro in my student house. I was really into their political beliefs, whatever they were.

“We had a Bob Marley poster before that but it got ripped down during a house party.”

Castro was a divisive figure in his homeland, where he was equally lauded as a freedom fighter and reviled as a hipster who spent his people’s money on retro military outfits bought from vintage clothing websites.

Going into HMV 'like an episode of Goodnight Sweetheart' 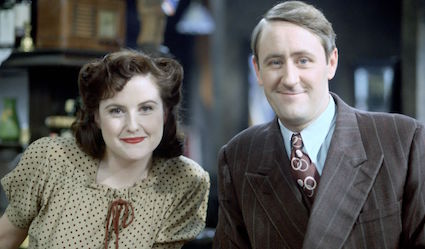 A MAN who walked into HMV instantly felt like he was transported back to a simpler time, it has emerged.

Tom Logan wandered into the store to have a look around but quickly realised he may have actually been sent back in time for a reason unknown to him.

Logan said: “At first it was lovely and quaint. And I’m pretty sure I saw Nicholas Lyndhurst playing When I’m 64 on a piano in the corner.

“Then I noticed people looking at CDs that cost upwards of £12 and magazines for £4.

“I realised that I was no longer in 2016 and I knew I must warn people. Warn them about Farage and Trump and Johnson and Thatcher. And Sam Allardyce.”

He added: “I started shouting, but then I was ejected by a security guard who had both of his arms covered in awful tattoos and I realised I was, sadly, still in 2016.”