CHINA is to return to full-scale communism after realising capitalism is not really its ‘bag’.

As the value of the country’s economy was reduced to £124, the Chinese government ordered its 1.4 billion citizens to return their Volvos and iPhones.

“It was worth a try, but it seems that Chairman Mao was right. Completely insane, but, in his own way, also very wise.

“When you’ve got this many people it’s best to keep things simple. Which means bicycles, grey uniforms and and forcing the proletariat to build enormous dams.”

President Xi said the end of Chinese capitalism would mean no more pop music or fizzy drinks, but stressed the next dam would be so gigantic that no-one would care about shopping.

He added: “And for you guys in the west, it also means you can stop worrying about China taking over the world. At least not in an economic sense anyway.”

Meanwhile, America and the UK are to stick with capitalism after experts confirmed that Saturday afternoon at a retail park is as good as it gets. 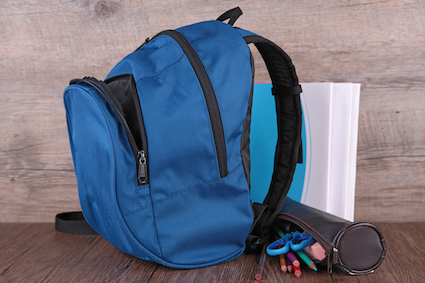 BUYING expensive ‘back to school’ items for academically useless, un-sporty children is a futile gesture, according to parents.

Despite an average spend of over £200 per child, parents are sceptical that it will suddenly make them good at things and less of a disappointment.

Father-of-two Tom Logan said: “I want the best for my son, but I doubt an expensive new football strip is going to turn the fat little shit into the next David Beckham.

“Getting my teenage daughter a scientific calculator was a ridiculous charade as I don’t think Sir Isaac Newton spent 15 hours a day sending inane texts to his friends.

“It would have been more useful to get her a Burger King uniform. Or, given her fascination with tracksuited teenage morons, some baby clothes.”

Mum Donna Sheridan said: “It’s not clear how my son’s dire grades will be improved by a faux-traditional uniform designed to make gullible parents think the local comp is a minor public school.

“I might just send him to school in a recycling bag with a tie drawn on it.”