PRESIDENT Xi Jinping’s friendship with David Cameron has led to a surge in Chinese demand for our public school idiots.

Many Chinese now want to try socialising with upper class English morons, or keeping one as a pet.

“He spends most of his time on the phone to something called Seb about women he would like to ‘boff’.”

“My friends love coming round to listen to his stories about his raucous Oxford dining club, the Roast Beef Assassins. It’s horrible yet fascinating.”

Old Etonian Denys Finch Hatton said: “Renting yourself out to the Chinese is an excellent career opportunity if you’re terribly posh but don’t fancy the City, the Household Cavalry or being a newspaper columnist.”

All of man’s knowledge about coffee 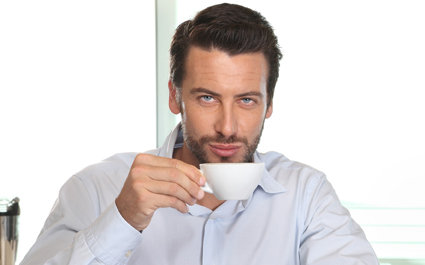 A MAN knows a great deal about coffee but nothing about anything else, it has emerged.

Friend Julian Cook said: “If you hear Tom talking about coffee he sounds super intelligent. He knows about cold-drip brewing and can detect a hint of vanilla and an ‘enzymatic aroma’ in something that to me just tastes of caffeine.

“But he knows fuck all about anything else.”

Logan’s ignorance of non-coffee related topics became apparent when he claimed that France was a part of Wales.

Cook said: “I said I was going to France and he called it ‘the land of dragons and Tom Jones’. He also thinks a horse and a scorpion are the same thing.

“It’s like the coffee knowledge has pushed all other facts out of his brain.”

Cook said: “Coffee-wise I usually order a ristretto, which can be a challenge for baristas as it is difficult to make a good one on a pre-calibrated machine.

“And my favourite fruit is carrots.”