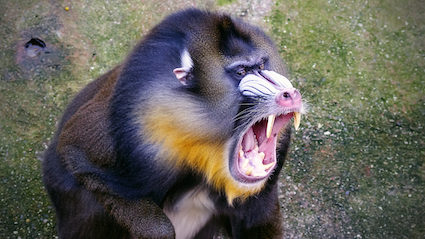 HILLARY Clinton remained on course for the White House despite an unconvincing debate victory over a crazed baboon.

The Democratic presidential candidate had been expected to ‘seal the deal’ at last night’s event, but struggled against the screeching ape and its strategy of flaring its nostrils and displaying its crimson buttocks.

While Clinton was once again forced to address the ‘deleted emails’ scandal, the baboon spent the early part of the debate clambering over the audience and attempting to grope women.

The ape returned to the stage and sat glowering at Clinton and banging its fists on the floor. It then screamed “eeeek! eeeek! eeeek!” when she attempted to set out her federal tax policy.

US political analyst, Bill McKay, said: “Clinton will be frustrated, but at the same time the debate will have had little impact on those Americans who actively want to vote for a deranged baboon.”

Britain needs coffee and a fag before reading about Trump again 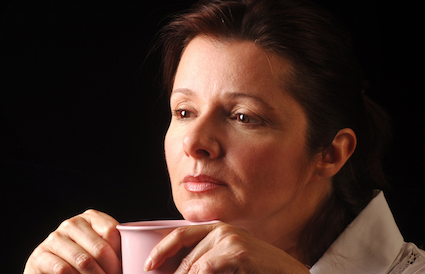 BRITAIN has said it will catch up with the latest Trump news after some strong stimulants.

The second presidential debate was held in the early hours of the morning in the UK, when the population was asleep, dreaming of versions of the event that were reassuringly sane.

Nikki Hollis, from Peterborough, said: “It’s Monday, I spent the weekend looking after a child with gastric flu and Liam Fox still has a direct influence over my quality of life, Maybe one thing at a time, eh?

“Was he still sniffing like a 1970s disco producer with a head cold? How about we start with that.”

Analyst Tom Logan said: “Possibly after lunch, once everyone’s cleared their emails and looked at something utterly inane on Facebook.

“Did he do some creepy press conference with Bill Clinton’s alleged victims? Actually no, don’t tell me. I’m nowhere near ready.”