Colleague makes Notre Dame fire all about him

A BRITISH man who visited the Notre Dame cathedral in 2003 is telling everyone how badly the fire has affected him.

Julian Cook, aged 31, has been stressing his personal and emotional connection with the Paris landmark which he believes he visited on a school trip when he was 15.

Colleague Joanna Kramer said: “Julian just kept looking at a news story about the fire, sighing, and staring vacantly at the air-conditioning unit.

“When someone made the mistake of asking what was wrong, he said he just couldn’t stop thinking about how the heart had been ripped out of one of the great treasurehouses of European civilisation and sorry if he cried.

“He said he’d considered not coming in but decided to soldier on through the heartache, but please excuse his shudders of agony at the thought of the place in flames. I didn’t even know he’d been to France.”

Cook said: “I still remember the breathtaking view across Paris from the top of its iconic white steps. Oh shit that’s the Sacré-Cœur, isn’t it? I’ve mixed it up with the Sacré-Cœur.” 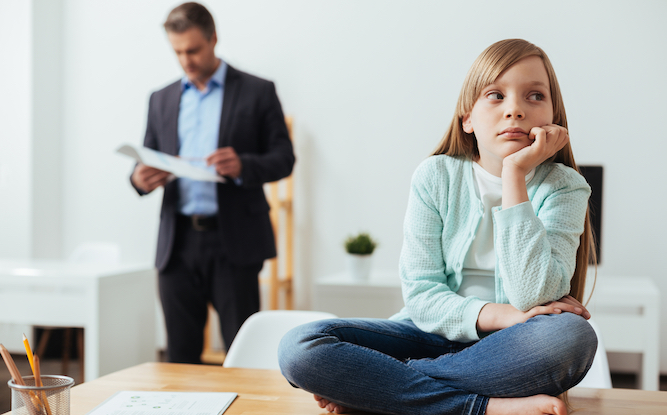 AN eight-year-old who went into the office with Daddy for the morning has discovered that he does nothing but chat about football.

Jenny Logan, who sees father Tom return home every evening too exhausted to play with her, was afraid to witness the terrible physical labours her father must endure but instead watched some men engage in banter about the United game.

She said: “Is that it? Walking purposefully between cubicles and sending a few emails? I work harder than that at school and I do sod-all.

“I thought he’d be heaving mightily against some enormous machine, or running frantically around, or at the very least converting decimals to fractions without a calculator.

“Instead he just basically seems to hang out assessing Solskjær’s chances next season, eating the leftover sandwiches from the big meeting upstairs, and once in a while sends an email.”

Tom Logan said: “Yeah, Jenny’s had her first taste of the working world. Think it’s given her new respect for her old dad. Keeps looking up at me, then shaking her head in disbelief.

“‘Enjoy school while you can, love. Soon you’ll be a wage slave like me,’ I told her. She laughed, but it was hollow.”