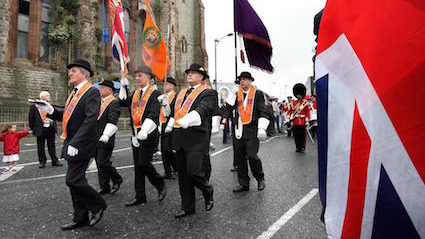 THE DUP is to get £1bn of taxpayers money to spend on very large paintings of fat men in bowler hats and orange sashes.

DUP leader Arlene Foster welcomed the cash as part of the ‘confidence and supply’ deal with Theresa May’s ‘government’ and promised a new, golden age of sectarian ‘art’.

She added: “We have murals depicting King William of Orange on his lovely horse, Her Majesty the Queen super-imposed over a Union Jack and members of certain paramilitary organisations of which we disapprove almost all of the time.

“All of these paintings take their rightful place in the great Western tradition of fine art.

“With this billion pounds we can now immortalise hundreds of chunky, loyalist men in their Sunday best hats with the sort of really skillful painting that can truly capture their hatred of Popery.”

Houseguest paralysed by indecision over flushing toilet in middle of night 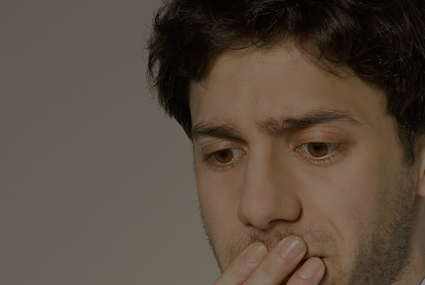 A MAN who is staying with friends has found himself paralysed by indecision after using the lavatory in the middle of the night.

Tom Logan has spent close to an hour wrestling with the dilemma of whether his hosts would be more irritated to be woken up by a flushing toilet at 3am or greeted with a bowl of hours-old urine at 8am.

“Of course, it could have been worse. And then you’d absolutely have to flush. No question. But then you might have to flush at least twice, at which point they are awake and know exactly what’s going on. Every cloud etc.

“I think the best thing is for me to get dressed and quietly slip out right now. I’ll send them an email in a couple of days explaining what happened. I’m sure they’ll understand.”

Meanwhile, one of Logan’s hosts, Emma Hayes, said: “It’s all a moot point really. We’ve been awake since he, presumably, banged his knee on the corner of the bed and shouted, ‘fucksticks’.”