England assumed everyone in Scotland was working class

ENGLAND has been surprised to learn that not everyone in Scotland is a foul-mouthed manual worker on the minimum wage.

As word reached England of electoral gains for the Scottish Tories – previously considered a myth – English people have been forced to hypothesise the existence of right-wing, or even posh, Scottish people.

Researcher Norman Steele said: “It’s all conjecture so far, but if we assume a wealth curve similar to England’s we find ourselves confronting the idea of a Scottish ‘middle-class’.

“These people, who neither work in shipyards nor shoot heroin, are a mystery to us. No British politician even knew they existed. We should try and catch one and see what it does with a knife and fork.”

Bill McKay, a chartered accountant from Perth, said: “I’m just as capable as any English person of drinking Chablis, watching Downton Abbey and voting with my wallet.” 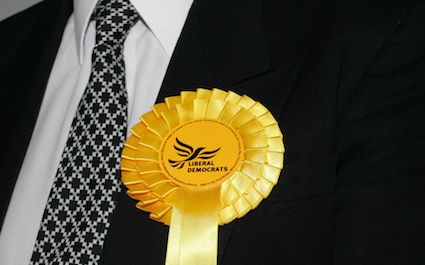 TWO frontrunners have emerged in what is expected to be the most exciting Lib Dem leadership contest since William Gladstone defeated Florence Nightingale in 1865.

With former leader Tim Farron quitting because people have sex, speculation is now rife over who could fill his comfortable, wipe-clean shoes.

Stephen Malley, a Lib Dem voter, said: “Both candidates seem perfect. The guy you’ve never heard of is like the physical embodiment of a Richard Curtis film.

“Meanwhile the two-thirds of a fart is some gas that’s determined to reverse Brexit.”

Other candidates include the oldest man in the world, a corduroy beanbag and a homemade quiche.

It is expected to be a more dramatic contest than 2015 when Tim Farron defeated a child’s drawing of some wool and an inch of tepid milk in the bottom of a cereal bowl.