ENGLISH people are experiencing an unusual sense of inferiority to the Welsh, it has emerged.

With Wales becoming better at football than England, alongside the emergence of Charlotte Church as an unstoppable force for change, English people have admitted to feeling backward and provincial by comparison.

Englishman Tom Booker said, “There was a time when we English felt like we’d almost rather be Scottish than Welsh.

“Now my kids are speaking in fake Welsh accents, making out like they’re Rhys Ifans or Michael Sheen.”

He added: “I try to make them proud of their heritage by showing them videos of Are You Being Served? and playing them The Lighthouse Family, but they just tell me that Charlotte Church thinks I’m a fascist.” 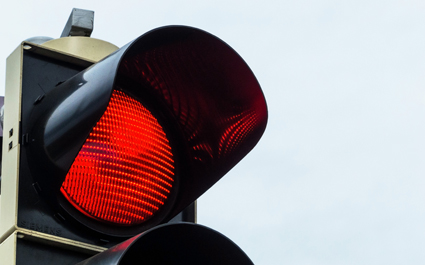 TRAFFIC lights are stopping ambitious drivers reaching the speeds they aspire to, it has been claimed.

A government think tank found that motorists are being unfairly held back by traffic lights that regulate everyone the same, regardless of how fast they want to go.

Tory backbencher Nikki Hollis said: “We are holding back drivers who could easily leap through junctions at 50, 60 or even 80 miles per hour, to protect those puttering along at 30.

“Just imagine the awe and excitement a young boy would feel as a Mercedes convertible sped past just as he was about to cross the road. Would he then be satisfied with a Kia, or inspired to better himself?

“And a rising tide lifts all boats, so even less ambitious drivers would find themselves doing 45mph through a busy box junction in a built-up area without a second thought.”

Motorist Stephen Malley said: “Ditch the rules, and rely on the natural common sense, courtesy and fair-mindedness of the average British driver?

“That’d be more than enough for me.”