PUBLIC support for the European Union peaks when it is lording it over the USA, it has emerged.

America must kiss our starry ring

As Europe sealed a third consecutive Ryder Cup win over America, Britain decided the EU was a fine institution that deserved nothing but support and respect from everyone in the country.

Stephen Malley, from Gravesend, said: “We have our differences with our cousins across the Channel, but we have so much more in common, such as an innate sense of superiority over those strutting, bombastic, irony-hating Yanks.

“After spending three days watching Phil Mickelson’s stupid face, I now feel incredibly proud to be European. I’ve completely changed my mind on the Common Agricultural Policy, and all I can talk about is how Disneyland Paris is so much better than Disney World Florida.”

Donna Sheridan, from Edinburgh, said: “When I saw Ian Poulter doing a victory dance, I suddenly wanted to wrap myself in a blue flag, eat some smelly cheeses, and sing the EU national anthem, whatever it is.

“Tom Watson can shove a bald eagle up his arse. How’s that for manifest destiny?”

Britain added that the common market, freedom of movement and sixty years of peace and prosperity were ultimately far less important than getting one over on men named Bubba.

“Can you hear me, Jennifer Lawrence? Your boys took a hell of a beating.”

Britons only attracted to themselves 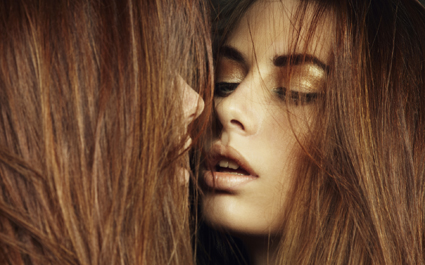 INCREASINGLY narcissistic Britons only want to have sex with themselves, it has emerged.

New research has revealed people in the UK are having less sex, primarily because no other humans are awesome enough.

31-year-old Tom Booker said: When Im not posting pictures of me on social media, Im admiring my well-proportioned silhouette as reflected the screen of my phone.

I am some hot shit and I cannot stop thinking about me and wanting me.

Other people dont really know what I like in bed, and they tend to go on about themselves afterwards.

Marketing consultant Nikki Hollis said: I broke up with myself for a bit, but I found I kept comparing my boyfriends to me.

One day my partner caught me looking at old pictures of myself and went mental.

Now Im back in a solo partnership and it feels good, even if sometimes I suspect I really hate me.