Women who don't like sex looking for new heartthrob

WOMEN with no interest in copulation are bereft following the marriage of their dream man George Clooney.

Susan Traherne of Blackpool said: “In the golden age of Hollywood, where sex on screen was outlawed, women without time for nonsense were spoilt for choice.

“George was the last of a dying breed who it seemed would rather discuss classic cars than actually do it.

“I always dreamed that we would marry and live in a big house, sharing a large bedroom with two single beds.

“I would lie there at night watching telly and eating biscuits, totally unmolested, while George lay on his bed reading scripts and sipping some Horlicks.

“Then we would turn out the lights and go to straight to sleep.”

Clooney’s wife Amal Alamuddin has confirmed that their marriage was consummated with a steamy kiss in front of an open fire, then a fade out, after which it was the morning and she was in bed still wearing all her underwear.

Stephen Fry refused to share his gak with Prince Philip 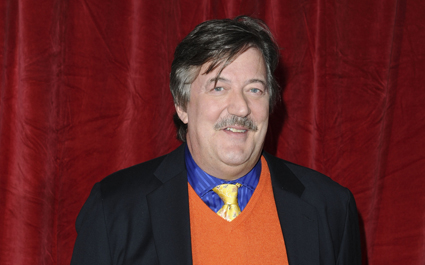 ACTOR Stephen Fry has admitted refusing to share his cocaine with a furious Prince Philip.

Fry described taking the drug in a toilet at a Buckingham Palace function: “There was an almighty banging on the door and a booming male voice said ‘Is someone doing bugle in there?’

“I opened the door to see Prince Philip looking really pissed off. ‘Have you got some gak, Fry?’ he demanded.

“Naturally I denied it, blaming my lengthy bathroom stay on digestive problems caused by all the pate and Duchy Originals biscuits they were handing out.

“Prince Philip narrowed his eyes at me, scrutinising my snow-capped nostrils for what seemed like an eternity.

“Then he stalked off, muttering something about selfishness being a serious breach of etiquette.”