THE EU is ready to move on to the second of the excrement-based sandwiches it has prepared for the UK, it has emerged.

After four months of British negotiators refusing to consume their dung starter until they found out what their main was, a few mouthfuls have been choked down and the next course has been theatrically revealed.

Negotiator Michel Barnier said: “Ta-dah! Look, this one has a little sucre sprinkled on.

“What? I thought you were eager to discuss trade. You said this was the one you were looking forward to. Go on, take a bite.

“Did you think that this would be the bit where you got everything you wanted? Did you not read the menu? Do you not know what ‘merde’ means? What about ‘scheisse’?

“Come on. Plenty left. Don’t you want to know what is for dessert?”

David Davis said: “The British public have overwhelmingly voted to eat shit, and we’re determined to make a success of it.” 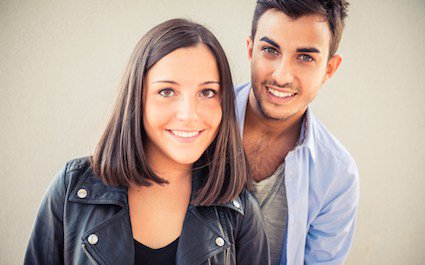 THE longtime female friend of an out and proud gay man secretly believes he will one day become straight, she has revealed.

Helen Archer of Manchester admits that friend Joseph Turner has shown few signs of his latent heterosexuality in their 11-year friendship so far, but that she knows him better than anyone and that it could happen any day.

She continued: “He can’t stay in a relationship. That tells you something.

“Yes, on the surface it’s because he can’t stop cheating on them with twinks, but I think he actually finds the constantly available sex dissatisfying.

“Sexuality is fluid, after all – I kissed a girl once, at sixth form – and he’s 30 now and beginning to realise that lust is less important than companionship.

“Meanwhile we’re having such tremendous fun together that it’s no big deal to me if he takes his time working out what he wants. When we went to New York he shagged a guy from Grindr even though we were sharing a room! It was hilarious!”

Turner said: “Oh, I’m fully aware what she thinks. And straights, by keeping her off the market I’m doing you one massive favour.”