THE EU has threatened to send your elderly expat relatives home to live with you.

Restrictions on immigration to Britain have been countered by emigration restrictions, meaning the silver-haired monsters usually confined to Skype will instead be inhabiting your spare room.

An EU spokesman said: “You complain that immigrants don’t integrate, don’t speak the language, and don’t respect your culture while sending us these wrinkled, reactionary sponges of sunlight?

“You moan of health tourists while sticking us with 70-year-olds yet to accept the link between smoking and cancer, and of criminals while literally renaming an area the Costa del Crime.

“Well, they’re all coming back. Oh, and bad news: their villas are worth nothing, so they’re moving in with you.

“Their bigoted breakfast table views on everything from marmalade to CBeebies will be a constant reminder that you did this to yourselves.” 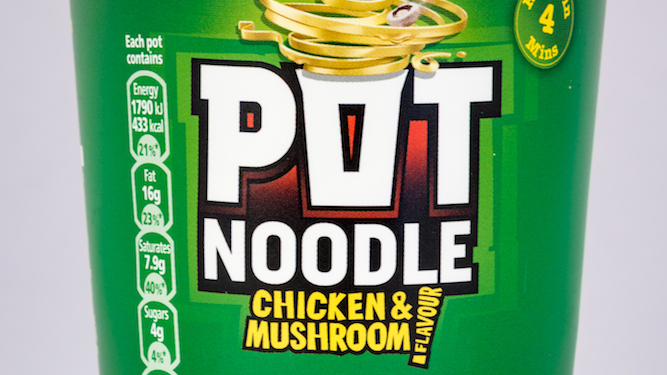 A SUPPORTER of Brexit has been forced to stockpile a large number of Pot Noodles ‘just in case’, he has admitted.

Plumber Wayne Hayes insists he is still thrilled about being free from the EU, despite his garage now looking as though it belongs to a survivalist with very unadventurous tastes.

Hayes said: “I still believe no deal will be fine, but I’m the teeniest bit concerned about what will happen if people are bludgeoning each other in Morrisons for the last banana.

“Don’t get me wrong, I think all this stuff about shafting the economy is Project Fear, but I don’t want to be hungry while I’m enjoying my lovely sovereignty and blue passport.

“I’m not much of a cook so I stockpiled Chicken & Mushroom Pot Noodles. There’s plenty of variety because I’ve got 300 Beef & Tomato ones and 10 Bombay Bad Boys for a Saturday night curry.

“Besides, I’ve heard Nigel Farage eats five Pot Noodles a day and he looks great on it. Although I did read that on a Brexit Facebook page so there’s a slight chance it may be bollocks.”

Remain-voting neighbour Stephen Malley said: “If it’s all going to be fine I’m sure Wayne won’t mind ‘lending’ me a few Pot Noodles when I pop round with my special Brexit cricket bat.”