EU vote will include option to restart WW2

NEXT year’s EU referendum will offer voters the chance to relaunch the Second World War.

The Electoral Commission has decided the original ‘yes-no’ referendum question was biased in favour of peaceful cohabitation.

A spokesman said: “It fails to address whether we should become a bulldog breed again, standing firm against our European partners, the filthy Huns.”

Voters are now excited at the prospect of landing on the Normandy beaches and fighting through the Ardennes forest, before a final, heroic push towards Berlin.

Tom Logan, from Peterborough, said: “I can’t wait for the classic battles like D-Day and Arnhem. I’m assuming that if you get killed you just respawn like in Call of Duty?”

However Donna Sheridan, from Stevenage, said: “I’m undecided. I don’t want to massacre the innocent people of Dresden, but on the other hand 1940s men do look very smart in their uniforms.” 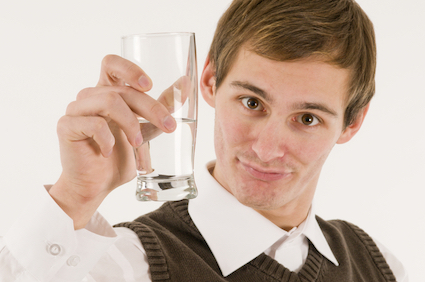 A MAN who made a point of drinking water in between each pint of beer did not impress anyone, it has been confirmed.

Julian Cook, who was on a staff night out, insisted drinking water helps him maintain ‘full control’ while also setting a good example to his colleagues.

He said: “And I had a big meal before I came out and I won’t be mixing my drinks neither.”

During the evening Cook also bought a round of shots for everyone in a move witnesses described as a ‘desperate bid to prove he was fun’.

Colleague Norman Steele said: “Unfortunately the shots were ‘Sourz’, which is only 15 percent.

“He may as well have come back with a shot of wine for everyone. Then he stood there drinking a glass of water while we pretended to be grateful.”

Cook then finished the evening by having a very small puff on a colleague’s cigarette outside the bar.