European leaders not allowing Cameron to use toilet

NONE of the European leaders visited on David Cameron’s whistle-stop tour of Europe are letting him use the toilet.

The prime minister, whose breakfast with Polish leader Ewa Kopacz was accompanied by pints of water and who drank three steins of ale over lunch with Angela Merkel, has dropped all demands for concessions in favour of squirming in his seat while grimacing.

EU president Jean-Claude Juncker said: “I noticed he’d hired a cheap private jet with no loo and called everyone telling them to keep him hydrated.

“After lunch, he’s visiting a hydroelectric power plant in Romania then standing very still on stage while Sweden honours war veterans next to the Njupeskär waterfall.”

Cameron, who was told he is welcome to use any toilet facilities as long as he asks in that country’s native language, was last seen desperately eyeing a pot plant. 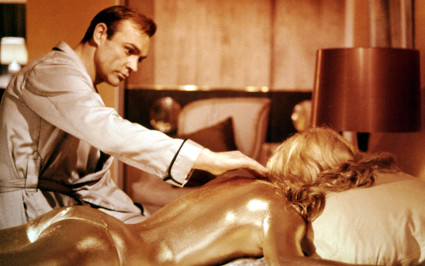 NEW James Bond book Trigger Mortis sees the ageing spy in court for more than 22 cases of sexual harassment in the workplace.

The 15th Bond novel, written by Anthony Horowitz, sees the Secret Service agent placed on gardening leave while facing his most dangerous foe yet, a lawyer suing him on behalf of the victims he labelled ‘Bond girls’.

Horowitz said: “The book shows us the real Bond: a civil servant who rolls up to the office half-pissed, grabs the buttocks of whichever luckless woman he sees first and gives her a ridiculous nickname like Kissy Suzuki or Xenia Onatopp.

“For some reason he thinks saying his name one-and-a-half times, dropping a leering innuendo and being fussy about his drink order is a sophisticated seduction.

“Then he staggers out for lunch, claims he’s had an exotic adventure in order to claim expenses, and tells everyone he’s shagged the women in question loads of times and they loved it.”

Bond’s chief enemy in the novel is a woman named Polly Gardener, who tells the court “though the defendant refused to refer to me by any name but ‘Pussy Galore’.

“I am, and have always been, a Sheffield-based facilities manager who is married with three children, despite the defendant’s delusion that I am a lesbian running a gang of acrobatic cat burglars.”