THE penguins of the Falkland Islands last night continued to play the ‘long game’.

As a new war of words broke out after the Islands’ humans voted to stay British, experts said the flightless birds would watch and wait as Argentina and the UK destroyed themselves.

Julian Cook, professor of avian geopolitics at Roehampton University, said: “They will be feeding misinformation to both sides while stoking irrational fears about both Anglo-Saxon and Hispanic ethnicity.

“They are utterly amoral and we ignore their machinations at our certain peril.”

He added: “Once you know what you’re looking for, you realise the war of 1982 had penguin fingerprints all over it.”

But last night Argentina stressed it did not care what the Falkland Islanders wanted, unless they were full of oil.

A spokesman said: “How much oil do you reckon you could squeeze out of an average-sized person? For example, would it get you to the shops and back in a Volkswagen Polo?”

Meanwhile, the Islanders celebrated their vote to remain part of Britain while staying as far away from it as possible without actually starting a colony on the moon.

Roy Hobbs, from Port Stanley, said: “I hear that in Britain the rats are the size of pigs and the pigs are the size of Ford Cortinas. My Aunt Susan went there once. She got impregnated by a tiny, magical Scotsman.”

Nathan Muir, a penguin from Sulivan Harbour, said: “I am but a simple fisherman. Good day to you.”

Even little kids want snow to f*ck off now 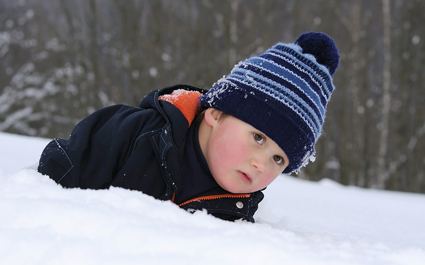 EVEN small children have run out of patience with the snow, it has been confirmed.

Pre-adolescent children have traditionally responded to snowflakes with uncontrollable glee.

However, after three snow days in a row, followed by a full weekend of snow, eight year-old Stephen Malley, from Lincoln, said: “For fuck’s sake, this is just ridiculous.

“I can’t even be bothered to have the ‘make sure you keep your gloves on’ argument with my mum.

“Frankly, the whole thing has become a colossal pain in the arse.”

Meanwhile, people who voluntarily wear hats are also irritated, as freezing temperatures make stupid headwear more of a necessity than a statement.

Style blogger Donna Sheridan said: “What’s the point in going all the way to South America for a unique Peruvian Quechua cap with handmade flaps when everyone else is wearing a quite similar hat they bought from Sainsbury’s?

“I’ve been forced to stand out from the crowd by wearing two or three hats at once.”