FRANCE has hit back at John Lewis, claiming the store treats its customers as if they have rights and feelings.

Following John Lewis boss Andy Street’s attack on France, French retailers said Mr Lewis was an ‘Uncle Tom’ who may as well ask his customers to thrash him with a belt.

A spokesman for the French Retail Federation said: “Look how John Lewis degrades and humiliates itself by assuming the customer’s complaint may be even remotely valid.

“John Lewis offers refunds and exchanges as if it was some kind of shop. In France you only do that after ignoring the customer for two months and even then you’d always make a point of setting fire to their car.”

The Federation, which is part of the French government, recently issued new guidelines for dealing with complaints which was just a list of dirty words for vagina. 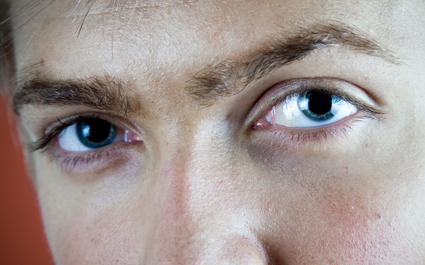 THE popularity of smartphones and tablet devices means that looking at someone during a conversation is asking for a fight.

Researchers found that 89 per cent of Britons believe is it confrontational to look directly at a person, even if you are in a meeting or having sex.

Office worker Stephen Malley said: Eyes are for screens. If I want to see faces there are websites for that.

Everyones features are the same anyway. Hair and eyes and shit.

Sometimes my kids look at me when the batteries run out on their iPads. Its like theyre trying to see into my brain or something.