A STRANGER who is standing beside you holding his penis wants to know if you are having a good night.

48-year-old urinating man Tom Booker initiated conversation in a pub toilet after breaking wind and declaring “better out than in”.

He said: “It’s alright in here, there’s loads of fanny. Where you from?”

Coca-Cola furious about everyone drinking each other's Cokes 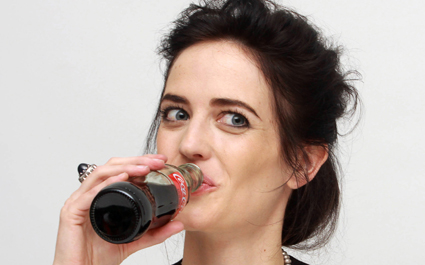 THE Coca-Cola Company has ordered the world to stop consuming Cokes that bear other peoples names.

The manufacturer has pulled its product from shelves after research discovered that consumers were drinking any bottle as if they were not clearly labelled.

A Coca-Cola spokesman said: “Do you think we put a different name on each individual bottle for a laugh?

I fail to see how we could have made it clearer.

Now Sarahs drinking Dan’s Coke, Dans drinking Brittany’s Coke, shes drinking Jejomars  and we only made two of those  and the entire system breaks down. What a fucking waste of time.”

Coca-Cola has withdrawn all bottles from sale and purchases can now only be made in writing with your original birth certificate notarised by a solicitor.

Eleanor Shaw of Lampeter said: I really couldnt imagine living without Coke, but on closer reflection it’s a disgustingly sickly brown syrup so who cares.”