THE wedding of Napster founder Sean Parker ended with numerous fatalities after guests misunderstood its Game of Thrones theme.

The trouble started when Parkers new wife Alexandra Lenas arrived at the altar dressed as Tyrion Lannister instead of wearing the elegant Sansa costume that the couple had agreed on.

Before the bride and groom could exchange vows, guests wearing concealed chainmail began disembowelling each other and indiscriminately stabbing the woodland creatures that had been specially imported from British forests.

Attendee Justin Timberlake said: Id never even watched the show before, but I memorised the army-raising part from season one and reenacted it to the bloody letter. Sean didnt even say thank you.

Although in fairness his mouth was quite swollen after I hit him in the face with a cudgel.

Parkers cousin Emma Bradford said: I took expensive crossbow lessons before the event as a wedding gift to the couple. It was quite a hassle but I felt obliged to kill or at least maim some distant relatives.

Parker made a statement from Cedars-Sinai hospital, saying: We only picked Game Of Thrones because the nearest dry ski slope closed and we couldnt have the Ice Age 2 theme that was our first choice.

Why didnt everyone read the books first? Im fairly sure none of this happens in the books. 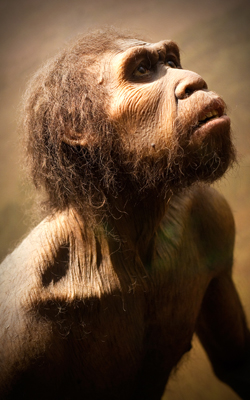 NEANDERTHALS did not die out but are still trying it on in town centre nightclubs, it has emerged.

Scientists had believed the human sub-species became extinct due to a lack of charm and a tendency to see family members as a potential source of protein.

However DNA tests by the Institute for Studies found that Neanderthal males persist in regional ‘meat market’ style nightclubs, where they woo women by rubbing their groins against their backs during slow r’n’b tracks.

Professor Henry Brubaker said: “The first modern Neanderthal tribe we found was in ‘Smokey’s’ nightclub in Kent. They live under railway arches, spearing fish and stealing cats during the day then by night they put on tight V-neck ‘muscle tees’, designer jeans and pointy shoes.

“The sloping foreheads are a giveaway, also the tendency to boast about mammoth kills and their attempts to bribe women into sex with the offer of stale fruit.”

Clubber Nikki Hollis said: “I met this bloke at a foam party and was actually seeing him for a few weeks, but his dense body hair and habit of calling planes ‘flame birds’ started to bother me. I had to end it when he turned up on my doorstep dragging a cow he’d shot with an arrow.

“But if all the evolved men have got girlfriends sometimes you have to go prehistoric.”