He tried to kiss me, says Kim

KIM Jong-un has confirmed that the US-North Korea summit ended when President Trump attempted to kiss him.

The US president claimed the summit ended abruptly because he refused to lift sanctions, but Jong-un said he walked out after rebuffing Trump’s romantic advances.

He said: “I entered the room and found talks were apparently to be held in a hot tub, lit only by candles, which I had not agreed to but went along with because I was curious.

“Trump, who was wearing a solid-gold medallion of the Great Seal of the United States on his chest, said that he was willing to lift all sanctions and it was not my nuclear arsenal he was interested in.

“I was plied with Louis XIII cognac, which I have a weakness for, and was attempting to steer the conversation onto reunification when he leaned in with puckered lips and attempted to kiss me on the mouth.

“Outraged, I left Trump and our translators in the hot tub, walking past vice-president Mike Pence who had been watching creepily from a corner, and returned to North Korea.”

Trump said: “Fake news. I walked out. He tried to kiss me. Because I’m beautiful. The most beautiful guy he’s ever seen.”

Homeworker adds having a quick morning wank to his CV 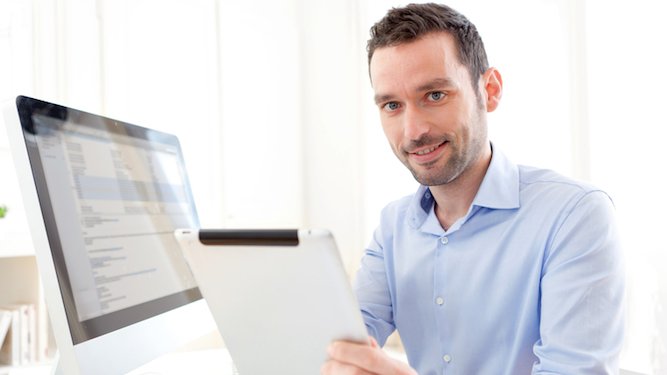 A MAN who works from home has added having an efficient and productive mid-morning wank to his CV.

Freelance web designer Tom Logan regularly accomplishes an act of self-abuse before 11am, providing a useful morale boost in his solitary working environment.

Logan said: “You know how it is. One minute you’re researching potential clients and the next you’ve accidentally typed ‘big tits’ into the search bar.

“As a professional I think it’s best to meet business challenges head-on, including boners. I can be wanked, re-trousered and meeting a challenging brief within as little as four minutes.

“Without it I could easily become unfocused and less driven before my 5pm personal strategy assessment, by which I mean watching Pointless.”

Recruitment consultant Donna Sheridan said: “Tom’s honesty and masturbatory efficiency make him a total shoo-in for this piss-easy £900-a-day job I have on file.”