Six ways to spend your last weekend in the EU

BRITAIN leaves the EU once and for all on Friday, never to look back and never to return. So how are you spending your final weekend as a European?

Trawling European capitals desperately trying to meet a romantic partner to love, marry and get EU citizenship from before the portcullis of freedom slams down. Many Germans basically view love as a contractual transaction, so start there.

Getting hit by a car in Portugal, dragged behind a moving train in Spain and having all your injuries treated by the French healthcare system, free of charge and without any annoying paperwork.

Doing the EU28 pub crawl where you have a pint in every European capital, beginning with a swift one in Dublin and finishing by soiling yourself in triumph on the streets of Athens. From now on it’ll only be the EU27 and you can call anyone doing it a lightweight.

Jeering at the border of Albania, mocking its citizens with taunts like ‘You’re not in the world’s largest trading bloc!’ and ‘You’re a Mickey Mouse economy!’ before being on the receiving end of such taunts next week.

Trying to find someone, anyone in the EU who will say they’ll miss Britain when we leave. Will take well into next week and still be unsuccessful.

Staying home and enjoying the warm, soothing feeling of not having been at war with any of our continental neighbours for 75 years.  Enjoying it while it lasts.

Experts confirm most gruelling exercise is 'shopping for jeans' 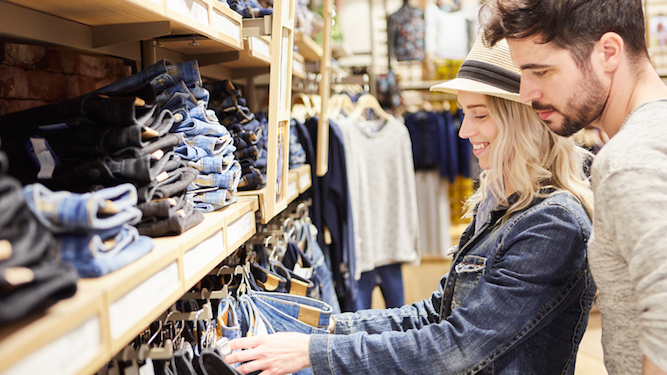 FITNESS experts and scientists have unanimously decided that the hardest exercise a human can do is going round the shops trying on new jeans.

Even compared to the latest ‘tough’ fitness regimes, nothing is more punishing than spending all afternoon getting in and out of denim trousers in small changing rooms.

Professor Henry Brubaker of the Institute for Studies said: “Top athletes were made to do activities such as boxing training, running 100-mile ultramarathons and shopping for jeans.

“In terms of calories burned and mental strain, trying on numerous pairs of jeans left all the athletes physically and mentally drained, with one needing medical help.

“It looks easy but after the fifth shop and the relentless routine of taking off your existing jeans to try yet another pair and them all looking terrible you’re totally ground down.”

Marathon runner Wayne Hayes said: “Trying on jeans works out the entire body, but it’s coming out of the cubicle and getting grudging feedback from your bored partner that breaks you.

“Skinny fit is the worst. That’s why shop assistants say ‘Are you alright in there?’. It’s in case you’ve died from shopping for jeans exhaustion.”