KEEN to be a rude sh*t and humiliate yourself at work, like the Brexit Party’s MEPs did by turning their backs on the EU anthem? Read on!

Whine endlessly about not wanting to be there

No-one wants to go to work. But acting like the job you ran for and got is a shock and embarrassment to you, while of course collecting your pay and daily expenses, means that everyone will slowly shake their heads in disgusted disbelief whenever they see you.

Make a stand about something pathetically petty

Embarrass yourself by making a big self-righteous fuss about something utterly stupid, like wanting your tea in a Union Jack mug or being given an iPad. You’ll look like a d*ck but like all d*cks you’re too much of a d*ck to realise it.

Not getting your way? Show how you feel through a childish display of frustration, such as holding your breath until your face turns blue or crapping in your pants. Portugal will definitely respect you then.

Be obnoxious to your colleagues

You think acting like a posturing teenager makes you look cool and rebellious, when in fact it makes you look f*cking idiotic. Your colleagues hate you but refuse to give you the satisfaction of telling you to your face.

Go home at night and cry

Everyone else is meeting for moule frites and glasses of Leffe in a bar, but you weren’t invited. Instead you go back to your rented flat in the city you profess to hate after a day looking a loser in a job you’re not qualified for and cry yourself to sleep. Only five more years.

'I wouldn't normally do this,' claims woman who always does this 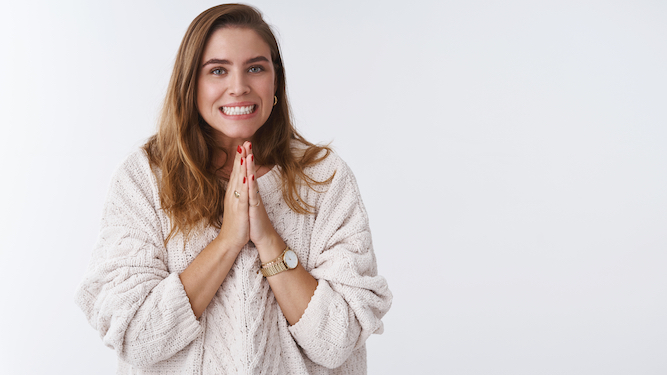 A WOMAN who claims she rarely imposes on others in fact always does, friends and colleagues have confirmed.

Nikki Hollis, who used the phrase this morning to ask a stranger to swap train seats because she ‘needs a window’, is thought to profess that she does not normally do this at least once a day.

Friend Mary Fisher said: “In the past month alone, Nikki’s claimed that she wouldn’t normally ask me to mind her dog, pay for her coffee, borrow my car, cover her shift and lie to her boyfriend, all of which she’s asked me to do before.

“And the last time we met, she said ‘I wouldn’t normally do this but,’ when sending back a drink because it had cloudy ice, asking for a discount on shoes and requesting the use of a stranger’s phone to check her email.

“She seems to believe that claiming she rarely makes these kind of demands lessens how annoying they are. It doesn’t.”

Hollis said: “I hate making a nuisance of myself and putting other people out. That’s why I always feel so bad for asking.

“In fact, I wouldn’t normally do this, but could you please make it sound like I never do it?”