How to distract Trump while he's in London 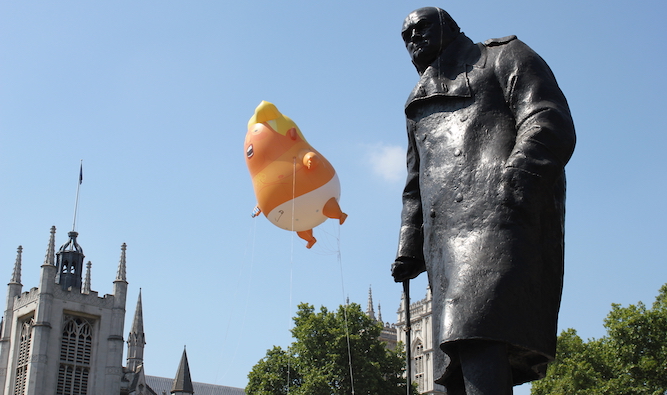 PRESIDENT Trump arrived in London for a NATO summit last night, and we desperately need him to stay out of our politics. How can we distract him?

Trump, who has yet to see a globe without complaining that Trump Tower isn’t on it, is easily geographically confused. Walking him through a German Christmas market will convince him he’s in Munich, rendering him harmless.

Like all Americans, Trump essentially believes Britain to be the past. A trip to the dungeon will fit perfectly with his expectations, letting him think the waxworks being tortured are ISIS and allowing him to unmask a between-jobs actor and believe he’s finally caught Jack the Ripper.

Trump likes art if it’s expensive and he owns it. Taking him around the nation’s precious collection of paintings and telling him he can choose any one he likes will keep him busy, and in the end he can be tricked into taking home a small watercolour by Britain’s most celebrated artist, Prince Charles.

The president’s vanity will be immensely flattered by a tour of all of London’s many statues of him, from Trump Column in Trafalgar Square to the statue of him dressed as a Roundhead outside Parliament to his statue on horseback outside the Bank of England. He won’t read the plinths. He’ll never know.

A day on the Tube

Escort the fake billionaire down to the Tube and simply keep him there, changing lines regularly and telling him this is how Londoners love to spend their time. Occasionally drop in facts like ‘Now we’re entering Zone One, the most exclusive zone’ or ‘This is the very train Sherlock Holmes used’ and he’ll be agog.

A pair of beleaguered, aggrieved narcissists who believe that nobody understands that they did nothing wrong bitching about their mistreatment by the biased press? The hours will fly by.

'Oh f*ck, this is a date' realises woman having drinks with man 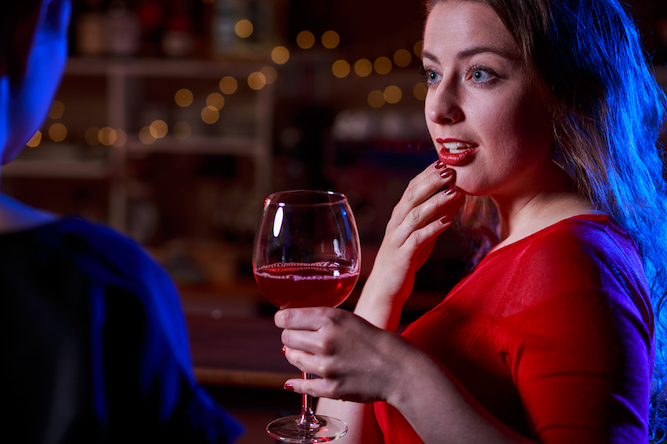 A WOMAN having drinks with a man has abruptly realised the evening was intended as a date.

Jane Thomson, currently hiding in the toilets, said: “It was all going fine for the first couple of drinks. Then he said he was so happy I’d finally agreed to go on a date with him.

“F*ck. I was so sure that he knew I just wanted to be friends. Fifteen minutes ago I was openly admiring another man’s arse.”

Thomson’s date Will McKay said: “I realised that her intentions were purely platonic about two seconds after I told her how happy I was.

Neither Thomson or McKay have had the courage to talk about the misunderstanding and are both pretending to be excited about getting drinks again next week.