I have been invited to sing at royal wedding, says Trump 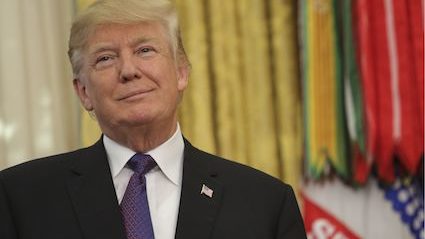 DONALD Trump has announced that Harry and Meghan have asked him to perform a medley of lounge classics at their upcoming nuptials.

The 71-year old confirmed the Royal Family had declared their longstanding admiration for him, and had admitted that only he was capable of entertaining their guests.

“And the royals, they’ve always been big fans of mine. The queen, she asked me what the secret of my success was. I think she’s a little jealous of me, actually.

“I guess the TV lady and the ginger guy knew all about my high-class voice, and I was like, sure, I’ll sing for you. They said they’d cancel the wedding if I said no.

“I’ll do some Dean Martin, some Belafonte, and then I’ll improvise, because I’m a naturally gifted genius. I’ll think I’ll do the ceremony for them too. I’ll be much better than some archbishop loser.”

A spokesman for the royal family said: “If he really wants to, he can sing at Eugenie’s.” 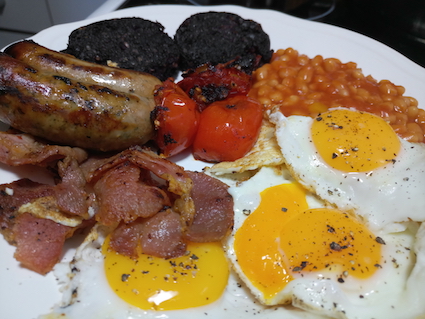 LOCAL cafes in the North of England are competing over who has the most revolting sounding breakfast.

Every cafe north of Birmingham is taking part, with the winner receiving as many pigs’ trotters as they can fit in their car.

Bill McKay, a cafe owner from Hull, said: “You can come in and just order a normal breakfast, that’s fine.

“But if you’re a lorry driver with bright red skin then we’d always recommend the ‘Prescott’s Balls’. It’s a half a pig served on toast, floating on a sea of beans.”

Martin Bishop, who runs the Pit Stop in Macclesfield, said: “We do a thing called ‘The Manky Clappers’ which is a mixture of animal parts, onions and cornflakes with four fried eggs on top.

“And whereas most other cafes offer black pudding, we specialise in ‘brown pudding’.”

Mary Fisher, owner of a cafe in Middlesbrough, added: “We do a breakfast dish called ‘deep fried scrubbings’. It comes with macerated sausages and ‘bothered’ eggs.

“We also do a thing called ‘rubbed scrubbings’ but we need 24-hours notice for that one.”