Invading the Falklands instead would be great for us, Truss tells Russia

THE foreign secretary has asked her Russian counterpart if he fancies invading the Falkland Islands instead as it would really help her and the Tory party.

Liz Truss offered an initially successful invasion of the Falklands, followed by a historic British victory boosting the government’s popularity and ensuring her election victory, like Mrs Thatcher.

She said: “I’m planning to become party leader in June so wait till then and steam in there. I’ll tip off our lads so you’ll meet minimal resistance.

“Then I’ll deliver pre-written patriotic speeches, rally the nation, order in a taskforce, thrash the vast Russian army, and call a snap election. Then we’ll begin a new era of ‘Trussism’. I’ve even thought of a nickname for myself, ‘The Gorgeous Metal Lady’.

“Like Thatcher I’ll reshape the UK in my own brilliant image which is what everyone wants even if they don’t know it. And it’s great for Russia because you don’t lose against someone proper like the US or EU.

“You get your war, we get to win a war. There is literally no downside to this. Except a war.”

She added: “Why would you want the Falkland Islands anyway? That’s actually a pretty good question. How about I throw in some sheep? I expect you don’t have those in Russia.” 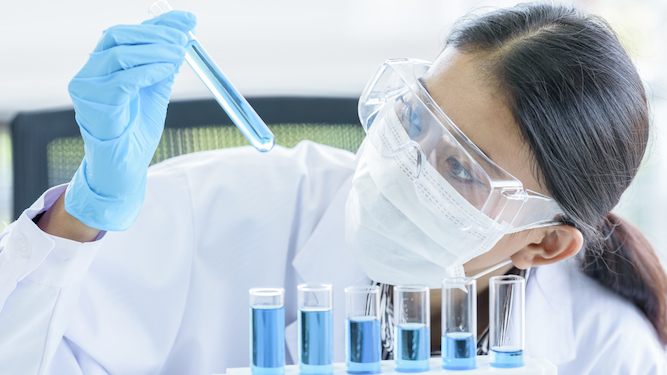 AFTER two years of following it devotedly, England has decided to go its separate way from science, it has announced.

The imminent lifting of Covid restrictions signals the end of England’s relationship with science, which the country had mostly followed while it was good for public health and until it was bad for the economy.

Martin Bishop of Tewkesbury said: “We had a good run but these sorts of relationships don’t last forever. It’s like dating someone way hotter than you, you know it’s doomed but you enjoy it while you can.

“By March the country will have completely forgotten about science. Objects will start falling upwards, water will boil at different temperatures, and we’ll probably have a fling with debunked theories like phrenology.

“So what if hundreds of people are still getting struck down every day? It’s time we put science behind us in order to make England look like the best country in the world and give Johnson a much needed boost in the polls.

“Sure, I’d prefer to work from home until it’s safer. But if our fling with science is over, I accept that. It’ll be fine. The chicken entrails said so.

“Of course when a new strain emerges in winter we’ll be begging science to take us back. But it will have moved on by then and settled down with a sensible country like New Zealand.”