THE glacier that spawned the ‘Titanic iceberg’ has denied any malicious intent.

Massive ice block Nikki Hollis said she hates journalists saying she “took down” or even “killed” the Titanic like some sort of U-boat.

“I am a large floating object that bits sometimes break off of. I have no motor functions, it’s not like Jaws where there’s a predator thing going on.

“And I don’t sail around looking for cruise liners and pedalos to sink, in revenge for humans’ use of ice cubes in drinks.

“Something things hit me or bits of me, I’m sorry about that but it’s just how it goes. Please try to avoid me.” 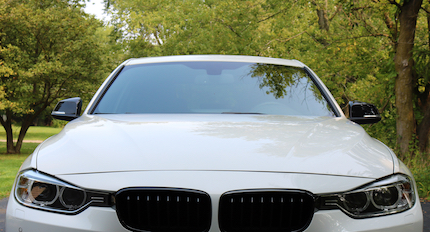 GUIDELINES for encounters with white BMWs, Mercedes and Audis have been published by the Department of Transport.

The vehicles, which are usually to be found in the third lane of the motorway approximately one inch from the car in front, have been officially classed as a natural hazard.

“When they come up behind, don’t move out of their lane too quickly. That just makes them angry. But wait too long and you’ll hit them as they undertake you.

“On country roads, where it’s impossible to move out of the way, if they flash their lights we advise calling a whiplash injury claims specialist immediately.”

Julian Cook, the driver of a white BMW 3 Series, said: “The car has automatic sensors that shout abuse at any pedestrians I almost run over, which is incredibly useful because I’m usually on the phone.