LEADING Jedis are divided on marriage between different alien species, it has emerged. Wookiees like to party with all types of humanoid

As Jedi weddings in the UK on Earth became a possibility, intergalactic experts warned that Endor is in the grip of a political shit-storm.

Supreme commander of the galactic senate, Martin Bishop, said: “Here in a galaxy far, far away, same-sex marriage between Jedis has been legal for centuries. Fine.

“But we just can’t get our heads round the logistics of wookiee-ewok unions. It’s like a massive spaniel boning a tiny bear. Very hard to say whether that’s ok.

“Also, imagine the state of the plughole afterwards.”

Members of the Presbyterian Ewok Church of Endor have described ewok-wookiee marriage as a “dangerous experiment” and marched on the capital with placards declaring ‘Wookiee sex is Sith!’

29-year-old ewok Julian Cook said “Me and my wookiee went to that rally and posed under the placard with our own placard which had ‘-SATIONAL!!!’ written on it. We are so awesome and cute together.”

Liberal stormtrooper Tom Logan said: “This isn’t Empire policy but personally I think it’s totally natural and all part of the Force. You can go about your business.”

Britain’s only hope is a tax on boasting 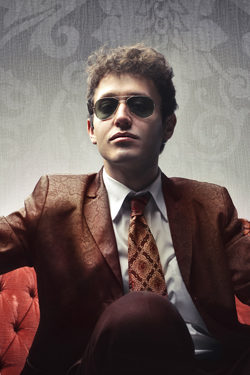 A TAX on bragging about your salary would be the fairest way to smash the deficit, experts have claimed. As George Osborne prepares to wave a red briefcase containing disappointment, researchers at the Institute for Studies lobbied for a ‘boasting tax’.

“For a nation that’s supposed to be broke, many of us are overly comfortable about discussing how well we’re doing.

“Every day thousands of expert boasters carefully direct the conversation towards the ‘considerable’ sums they’re paid.

“Thanks to our culture being a lake of shit, modesty is now considered ‘old-fashioned’, as if it were the preserve of tweed-clad borderline racists.”

Professor Brubaker proposes a system whereby anyone showing off about their earnings is charged 20% of their weekly salary per minute.

He said: “It’s perfect because the bored people listening have an excuse to look at their watches, while the braggart is publicly seen to be throwing money around, which is what they want.”

48-year-old company director Roy Hobbs said: “Obviously this would affect me as I actually earn a lot of money, 83.5K with generous benefits since you ask.

“I enjoy a very comfortable lifestyle in which quality wine features heavily. We have a ‘bespoke’ kitchen and go to watch opera without feeling self-conscious.”