CYPRUS has pinned its economic hopes on the ravers of Ayia Napa.

After plans for a savings tax proved unpopular, the government of Cyprus will introduce a 10% levy on every pill sold in its coastal party resort.

A Cypriot government spokesman said: “We need tourists and locals alike to come out and start having it fucking large. 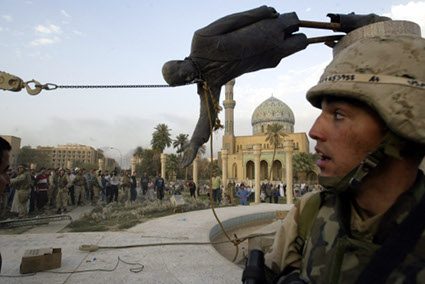 IRAQIS have admitted it does not feel like 10 years since the Iraq war.

As the world marked the 10th anniversary of the overthrow of Saddam Hussein and his dangerously empty caves, ordinary Iraqis said the memory of everything exploding was still incredibly fresh.

Ahmed Hossani, from Baghdad, said: “I’m sometimes awoken in the middle of the night by a really vivid dream about the war. But then I look out the window and realise it was just the local police station being blown to smithereens.

“Life is better since Saddam was removed. The only problem is you can’t really go outside in case you get murdered by a lunatic.”