THE prime minister has revoked the permit of the ToryStream 2 cash pipeline which spews banknotes into Conservative party headquarters.

The pipeline runs directly from Moscow and has been sending £250,000 a day in Russian funds to Conservative coffers since 2003 until it was shut down yesterday.

Johnson said: “I will not pretend this is without cost. Many’s the time I have needed petty cash and gone down to the basement with a couple of buckets and filled them up.

“The atmosphere was so wonderful down there. Myself, George Osborne, Amber Rudd, all joking as we lined up for our cash on a Friday, discussing what we’d spend it on. Popping down on a Monday morning to find Michael Fallon doing the backstroke in it.

“But all good things must come to an end and, reluctantly, yesterday we turned the crank that closes the pipeline down. The pathetic sight of Liz Truss scuttling around scraping up dirty banknotes we previously would have left for backbenchers was heartbreaking.

“I hope one day, once this crisis has passed, it will be reopened and we can once again benefit from the vast natural money resources that Russia possesses. But until then, we will manage on the billions we have saved. 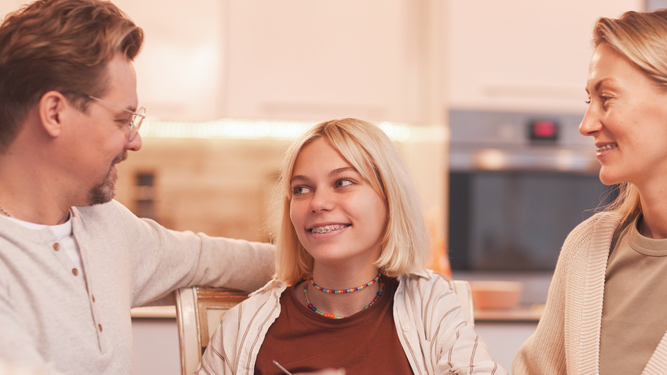 YOUR daughter started uni last year and immediately became a tiresome vegan. Here’s how to feed her when she pops home for the weekend – while still guzzling meat like a wolf yourself.

Move the pepperoni off a third of it, or just give her the same as you and make her pick the processed meat off. Your house, your rules. You could get one with proper vegan cheese, but don’t bother. Even vegans don’t touch that shit.

Probably your safest bet. Add chicken or beef and pick it out of her portion later. A sachet of oyster sauce is the perfect accompaniment because you’re sure it doesn’t contain actual oysters. It was only 50p and you’d have noticed great big oysters like in a Bond film.

Might take a bit of persuasion, but the egg was unfertilised and it’s not going to hatch after being whisked. Add vegetables to distract from the fact she’s eating something which fell out of a filthy chicken’s fanny. Come to think of it, that’s disgusting. You’ve gone off eggs yourself now.

Roast dinner without the meat

There’s shitloads of veg in a Sunday roast. Combined with stuffing and Yorkshire pud that should help her survive her pernickety new food fad. Keep a tub of vegetarian gravy granules on display in the kitchen and she’ll hopefully put two and two together and you can serve her meat gravy instead of the hassle of making two lots.

Veggies rave about these congealed sawdust tubes. When cooking these freakish abominations, be sure to use a separate pan from your own sausages. Not to eliminate the risk of cross-contamination, just to avoid accidentally eating one of the f**kers yourself.