PICTURES of kids flying kites really sum up what is happening in Afghanistan, according to editors.

Newspaper executive Normal Steele said: “Even after all these years, there is still nothing that describes the complex situation out there better than a picture of a kid with a kite.

“He thinks he’s just flying a kite and has no idea that he’s totally symbolic of hope and stuff.

“Plus you’ve got exotic scenery, you’ve got a child and you’ve got something brightly coloured. That’s three boxes ticked for our readership.”

News website editor Emma Bradford said: “Look at this little guy. He’s sad because of all the war but happy because he’s got a kite.

“There is so much emotional impact there, which is great because the rest of our homepage is flashing adverts for hoover bags.”

Bowling only of interest to show-offs 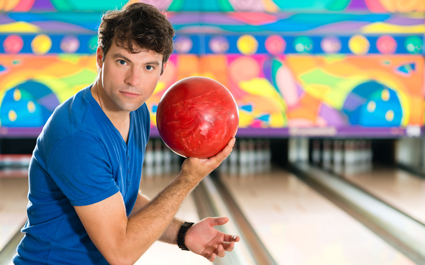 TRIPS to bowling alleys are always organised by men who want to show off, it has emerged.

Bowling, which seemed exciting when introduced in the 80s because it was American, has bafflingly persisted as a leisure activity despite being just skittles with communal shoes.

Tom Booker of Leeds said: “I went along on the promise of fun, but it turns out Gary has his own personal bowling ball, footwear and embroidered shirt.

“He gets a strike nearly every time, which isn’t that difficult if you’ve practised a bit because it is just rolling a heavy ball 60 feet in a straight line.

“Bowling has little entertainment value to normal people, even less if someone keeps cackling lines from The Big Lebowski.

“After manipulating us into a social situation where he gets to be king, Gary has admitted that if we did anything worthwhile he would be the one who failed miserably.”