AMANDA Knox has pretty much accepted that she will be in and out of prison on a rolling eight year cycle.

The shifty-looking but currently acquitted American student will be retried for murder, convicted and released on appeal after a second four year spell in jail.

After the second release the Italian prosecutors will overturn the second acquittal and return her to jail with an anticipated third successful appeal date of 2025.

A spokesman for the court in Perugia said: “If you know another way of doing it, then please do write in.”

Julian Cook, professor of understanding Italy at Roehampton University, added: “I don’t understand any of this.”

Meanwhile, it has emerged that Knox is investigating career options what will accommodate her Italian prison obligations.

A source said: “Acting or music would be good. Maybe something she could continue to do whenever she’s in prison, like PR consultancy or a financial advice website. 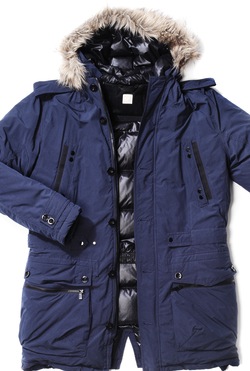 FREEZING Britons expect the newly-Arctic UK to lead to a spate of compelling crime-based television.

As the country becomes Scandinavian, hopes are also high for an increase in Eurovision points and more tall, athletic blonde people.

Scandinologist Wayne Hayes said: By this time next year the average Wetherspoons will be full of lusty wenches and hairy warriors telling tall tales of cracking their enemies’ skulls. The only difference will be the number of healthy teeth they all have.

Also everyones skin will now look ruddier and healthier than the contents of an ashtray.

Police shows are expected to see the biggest improvement, with the new series of Midsomer Murders scheduled for 12 episodes of gritty but elegant drama in the bleak tundra of Causton.

The shows usual mix of faint comedy and soporific plot lines will also be revamped, with Chief Inspector Barnaby replaced by Tilda Swinton being emotionally distant while wearing a  parka that obscures 80 percent of her face.

Hayes added: Suicide and pickled fish may not be to everyone’s taste but at least we won’t have to go to barbecues full of twats.”