Lightweight American politician didn’t even have sex with dead goat

BRITONS have expressed surprise after a US politician killed a goat and drank its blood without also having sex with it.

Florida senate candidate Augustus Sol Invictus slew the animal as part of a pagan ceremony but shamefully did not then attempt to put his penis in it.

Mother-of-two Emma Bradford, from Worcester, said: “That is so typical of Americans and their namby-pamby attitude.

“They can only drink about two pints of weak lager before they collapse in a heap, and when they slaughter animals in a ritualised context they don’t even sexually defile the carcass.

“Cameron is a twat but at least he follows through on things.”

Swindon-based bricklayer Wayne Hayes said: “I’ve never felt compelled to kill a goat and drink its blood but if I did I would definitely shag it too. 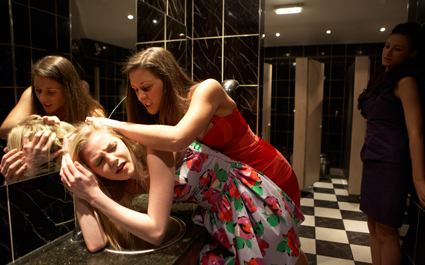 ORDINARY people trying to fight each other don’t look cool like in films, it has been confirmed.

As Walthamstow erupted in an impromptu brawl, experts pointed out that real-life fighting people look weirdly like they are trying to hump each other.

Professor Henry Brubaker of the Institute for Studies said: “When you see famous actors fighting in a gratuitously violent family superhero film they look amazing.

“It’s like a ballet of brutality, all rippling muscles and perfectly-timed blows with a satisfying knock-out climax.

“But if you watch people fighting in real life, they’re just grabbing each other’s jumpers and going ‘you’re a wanker’ until they both fall over.”

19-year-old Wayne Hayes said: “I had a fight last night and I must say it is surprisingly difficult.

“The punches weren’t having much effect and we soon ran out of breath because we are both massively unfit from playing console games all day.

“I suppose fighting is one of those things you have to do a lot to get good at, like chess or baking.”

Professor Brubaker added: “Don’t fight, you might get hurt and you will definitely end up looking like a dick.”