Northern Ireland the most desirable territory on Earth, Merkel confirms

GERMAN chancellor Angela Merkel has confirmed the EU would do anything to get its hands on Northern Ireland, the country everybody wants.

Merkel has admitted the only reason Britain was conned into joining the Common Market in the first place was to steal Northern Ireland away from it, and that their long game is finally paying off.

She continued: “Soon, the crown jewel of Europe, with its rugged, rain-lashed coastline, tiny population and disused shipyards, will belong to us.

“Not that competition’s limited to one continent. China has long had their eye on this 5,460 square mile beauty. America would make it a state in a moment. Qatar’s offered £180 billon for it, cash.

“But by setting up a bogus ‘peace process’ to end its long history of sectarian violence, another massive plus about the place, we’re in the perfect position for this plum to fall right into our laps.

“We’re not hoping to discover great mineral wealth there. We don’t need it for strategic reasons. We just want a piece of this paradise on earth.”

DUP leader Arlene Foster said: “It really is heaven here. Apart from all the Catholics.” 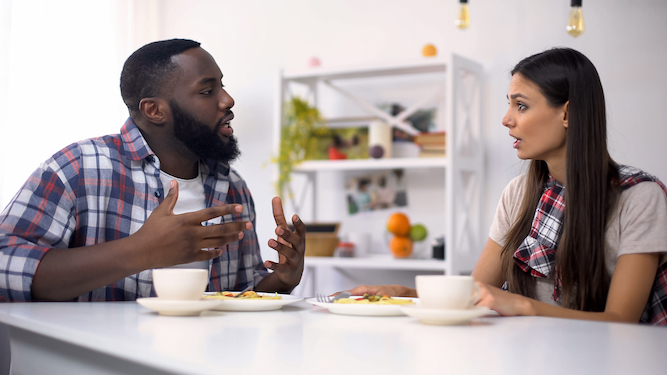 A COUPLE who moved in together last week are on the brink of splitting up after a disagreement about how much to spend on a laundry basket.

Nikki Hollis and Joe Turner have got their own place after 18 months of dating and now find themselves locked in battle between her interior design style of deconstructed shabby chic and his ‘whatever’s in Wilko’ approach.

Hollis said: “I thought we’d discussed the big things, like dividing bills, whose phone charger goes where, putting the toilet seat down. I did not see this coming.

“How can he not see that a black nylon ‘pop-up’ laundry basket will ruin the whole feel of the bedroom for me and make me not want to be in there, let alone have sex?”

Turner said: “I’m not spending £70 for a grey felt one from John Lewis. It’s for putting your dirty pants in.

“I’m willing to compromise and go up to say £15, but this isn’t a statement piece of furniture. It goes in a corner of the bedroom. I think we can cope with wicker.”

The couple can now expect to have a number of challenging conversations about what size TV is necessary, if a Star Wars figurine is an ornament and whether the whole concept of a ‘toilet book’ is indeed disgusting.