Obama also had this thing about not jumping into a pit full of wolves, Trump told

DONALD Trump has been informed that Obama was very much against presidents jumping into pits full of wolves.

After Trump withdrew from his predecessor’s nuclear deal with Iran, experts suggested he might also want to tackle Obama’s terrible ‘Wolf Law’ which bans sitting presidents from diving naked into the nearest zoo’s wolf enclosure and immediately being torn to shreds.

Professor Henry Brubaker of the Institute for Studies said: “Obama’s biggest thing wasn’t Iran or universal healthcare, it was the principle that presidents should not remove their clothes and throw themselves on the mercy of wolves while shouting ‘Come get some you mothers’.

“So far no president has been tough and brave enough to do this, but who knows? Maybe the time has come. I think voters would be really impressed.”

Donald Trump has since despatched his death mask-faced sidekick Mike Pence to find a “very upscale” zoo or wildlife park with “plenty of room for cameras”.

He tweeted: “This Obama wolf thing is the worst for our country! I am going to be the best wolf meal of all time.

“Doctors have told me I taste absolutely delicious, like very high-grade pork.” 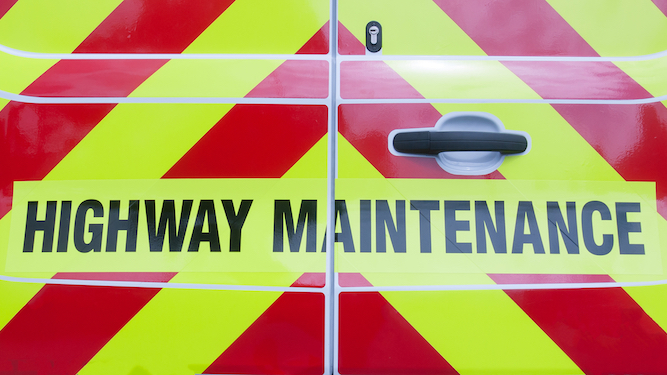 A HIGHWAY Maintenance driver has admitted that making BMWs panic when they mistake him for the police is the best part of his job.

Drainage engineer Martin Bishop confessed that while the thrill of checking drains along the M1 has long since worn off, the joy of watching a Porsche Cayenne slam on the brakes in terror has not faded even slightly.

He said: “You have to know how to use it. If they see you from a distance they can tell you’re not the real thing.

“The best way is to hide between about four HGVs in the inside lane, then suddenly pop out into the middle. Bang. Someone’s just shat in their Audi.

“It’s amazing the power a few diagonal hi-viz stripes have. Company directors, Premier League footballers, Gordon Ramsey, I’ve made ‘em all pump the brakes then shake their fists in anger as they zoom past.

“Though it’s not about the big names. I get just as much pleasure from watching four teenagers in a 1998 Ford Ka rapidly decelerate as I do, say, Tinie Tempah in his Ferrari.

“I like to think, in my own way, I’m making the roads safer. Except for anyone who’s behind them.”