Obviously I've only been appointed to piss off Remainers, by Ian Botham

WHO the bloody hell would appoint a 1980s cricketer as trade envoy to Australia? Only Boris Johnson, and only to troll you. Here’s why I’m completely unqualified.

Beginning with my lack of relevant skills: I used to be incredibly good at cricket. I hit sixes and effortlessly caught a high-velocity cricket ball that would kill lesser men. What this has to do with trade deals is f**k all.

I have literally no understanding of quotas, basic economics or non-tariff barriers. Liz Truss didn’t seem bothered in the least, so that’s suspicious. With a bar this low, I could probably be prime minister myself.

Yes, it’s clearly about Brexit. As a vociferous Brexiter I’ve been appointed to annoy Remoaners. That’s fine with me because I’m rich, not exactly an intellectual, and casually believe in Brexit bullshit like stopping the Belgians making all our laws.

Liz said to me, ‘Beefy? We need to make a fuss about the single post-Brexit trade deal we’ve made. We need a man who the lefties can’t mock without looking unpatriotic, who goes to Australia loads anyway because it’s the only other place he’s famous.’

I said ‘I’m your man.’ She said ‘We used to have Prince Andrew as trade envoy but, you know.’ I said ‘That time I tweeted a picture of a cock I was hacked. Ask Robbie Savage.’

Put bluntly, cricket has bugger all to do with the UK economy. I’m not even sure why I’m a member of the House of Lords. I suppose it’s due to my excellent innings at the Ashes in 1981, which is a better reason than most Lords have got.

So I’ve been appointed to piss half of you off and Australia won’t be too pleased either. But rest assured I’ll make the deals. I’ve already secured 200,000 tonnes of dingo kidneys for your Christmas dinners.

Music sounds better on vinyl, and other lies perpetuated by men with beards 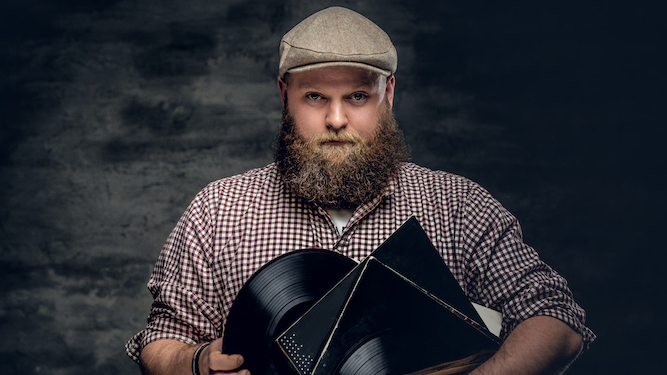 JUST as it was in ancient Greece, myth-making has become the province of men with enormous facial hair, but this time the myths are shit. Here’s a few of them:

Digital music is an abomination, according to the hirsute, and only the pops and crackles of vinyl are real. Nothing to do with having massive freestanding wooden speakers or having invested £185 and a week on eBay bidding for their precious triple-gatefold album.

It has to be IPA

If you hear a bloke banging on about the tangy richness of an IPA, rhapsodising about the hops and the fruity aftertaste and the credentials of the microbrewery, you’ll turn around and discover he has a beard. It’s scientific fact. And very likely a manbun.

High-octane petrol gets you better mileage

Never offer to fill up the tank for a bearded man, even if you’re married to him and you’re driving back from a fortnight in the Cairngorms. He’s convinced that premium petrol only available at select pumps is the one thing preventing his car from exploding mid-motorway.

Why would anything that was more convenient also be better? Of course men with beards love waiting to get their reels of film back from the camera shop, because it gives them more time to grow out their luxuriant goatees.

It matters how you make coffee

Men with lovingly cultivated face-furniture love to tell you where the beans are from, how to select the perfect blend and the life-changing importance of putting them through a stupidly complicated gleaming Italian machine otherwise it won’t taste right. Never trust them.

That they’re not dickheads

Any man can grow a beard, apart from ridiculous blonde men. But only the bearded believe themselves to be so sensitive, so singular, so set apart from other men that you should feel guilty for believing they were chatting up your best mate, even though they totally were.