CARDINALS will use martial arts and arcade-style special moves in their battle to become Pope, it has emerged.

In a move towards greater transparency, the Vatican described how the papal selection process is modelled on the immensely popular 90s video game Street Fighter II.

A spokesman said: “Each member of the papal conclave will come prepared for battle with a ‘special move’.

“His main rival, Angelo Scola, has a sort of jumping uppercut where he shouts something unintelligible.

“There will be a series of combat bouts at various locations around the globe including, weirdly, a Buddhist temple.

“In deference to the game, we are also obliged to include a potential Pope who is part-animal with green skin and very sharp teeth.

“But despite his fearsome appearance, Cardinal Blanka is safer around children than many of our priests.”

The Catholic church considers Street Fighter II to be of divine origin because of its unsurpassable design and the inspired feature of ‘combo moves’.

In a message to his rivals, papal contender Francis Arinze of Nigeria said: “Attack me if you dare, I will crush you!”

Abs 'indicate that you are a moron' 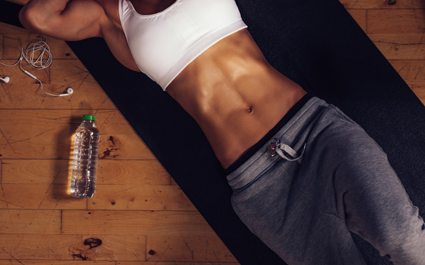 TONED abdominal muscles let morons recognise each other, it has emerged.

Abs-ologist Dr Tom Booker said: “We could never figure out why humans even had all these muscles in their stomachs.

“Legs muscles help you walk, arm muscles let you lift things, but ‘abs’ seemed to do absolutely nothing, in an evolutionary sense.”

“We found that morons held ‘abs’ in incredibly high esteem.

“Rather than ‘six-packs’ simply being a media obsession, it appears that people of limited intelligence are genetically predisposed to like parallel rows of stomach muscle.

“So they look for abs when selecting a breeding partner.

“To support this argument, look at the cast of The Only Way Is Essex. By comparison, I would be very surprised if chess wizard Garry Kasparov even knew what the phrase ‘getting ripped’ meant.”