VLADIMIR Putin giggled flirtatiously and batted his eyelashes when compared to Hitler, according to onlookers.

Wondering if he could carry off the moustache

Arriving in Australia for the G20 summit, the Russian president seemed delighted that somebody had finally noticed.

He purred: Me? Like Adolf? No, honestly, you flatter me.

Though I suppose we do both send troops into neighbouring countries without provocation, imprison opponents and persecute homosexuals, so sweet of you to compare us.

Perhaps we could discuss this further over dinner?

David Cameron said: It was just a little offhand remark to get the ball rolling, but the effect on Putin has been electric.

When I got back to my hotel yesterday evening he was in the bath naked with a bowl of strawberries and a magnum of champagne, blowing foam seductively from the tips of his outstretched fingers.

I told him this morning that it was only a one-night thing, but he says he won’t let ‘us’ go without a fight.

Gambler has sick, empty feeling about next horse 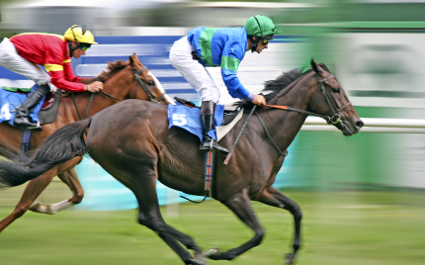 A COMPULSIVE gambler has placed his next bet according to the churning sense of impending doom in his stomach.

Tom Booker of Coventry says that all the signs are there that Koba Pearl is the horse to continue his decade-long losing streak.

He continued: “When you’ve been betting on the gee-gees as long as I have you learn to trust your gut, and this feeling of rising despair is absolutely unmistakeable.

“It’s telling me that despite the odds, despite the form, despite all the pundits who are calling him to place I’ve put the rent money on a sure-fire loser.

“This is going to be the one that puts me out on the streets. I just know it is.”

Bookmaker Bill McKay said: “Horses, dogs, football – old Tom’s got a sixth sense for a loser that rarely lets him down.

“Occasionally there’s a flukey win, but if everything else lets him down there’s always the fixed-odds betting machine. That never pays out.”