RUSSIA is to open a temporary ‘pop-up’ government in the Ukraine to test consumer demand.

The government, initially based in quirky newly-abandoned administrative buildings in Kharkiv, will give all Ukrainians the chance to see if they fancy a bit of oppressive autocratic rule laced with homoerotic iconography.

President Putin said: “All that invasion stuff is so pre-digital. These days the way to win hearts and minds is by creating a sense of exclusivity and seeding your ideology on Twitter.

Ordinary Ukrainians are invited to come along and look at the way Russia treats political disagreement, and the armaments it uses to do so.

If the pop-up is a hit, Putin doesn’t rule out launching a permanent government in east Ukraine.

He said: Come along and check it out, free artisan vodkas between midday and 2pm.

Prince George told to get used to this shit 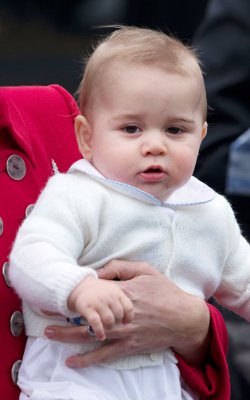 PRINCE George has had his first taste of the lifetime of tribal dances and military parades stretching out before him.

The heir to the British throne, who will still politely be watching this kind of thing when he’s 80, seemed bored on his first visit to New Zealand but not as bored as he will be on all the others.

George, a month younger than William was when he went to exactly the same places and did exactly the same things, is already developing the blank but benign stare necessary to surviving official events.

His father whispered to him: “Just let your mind go somewhere elsewhere.

“You must learn to zone out during military tattoos otherwise you’ll lose it before you’re in short trousers.

Back then it was your Nana Dis dress they were going on about. Today its your mothers. In 30 years itll be the dress of whoever youve married.

The players change, George, but for us the play remains the same.

The prince reacted by strategically shitting himself, necessitating his brief removal from proceedings while his parents wished they had that option.