Russian troops claim to be birdwatching

THOUSANDS of Russian troops camped on the Ukrainian border have claimed to be looking for the spotted Baltic woodpecker.

President Putin has supported the army’s excursion and has suggested the Verkhovna Rada parliament building in Kiev would make an excellent hide for birdwatching.

He has also given permission to impose martial law and curfews once they arrive so citizens of Ukraine don’t scare off the woodpecker.

NATO observer Tom Logan said: One general assured me that the battalion of tanks near the Dniester river were in fact portable viewing shelters and that their cannon-like protrusions were telephoto lenses.

He said his men were really keen to see the spotted Baltic woodpecker and would flatten half of Ukraine in their pursuit of it if it became necessary, which he then went on to say was very, very likely.

Russia has enlisted the international birdwatching community to support their actions in Ukraine, releasing a video of a visibly-nervous Bill Oddie shaking hands with Putin while lending him his binoculars.

The trip has echoes of previous Russian incursions, such as the ten-year occupation of Afghanistan that Russia subsequently described as ‘a skiing trip that got a bit out of hand’ or the 2008 Five-Day War in Georgia which was initially a massive stag do.

Remastered albums can send listeners back in time 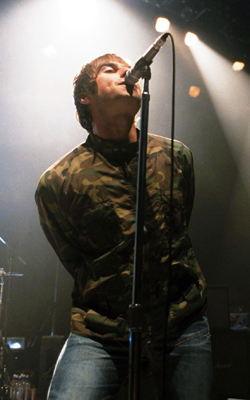 The discovery was made when a scientist fell into his 25th anniversary copy of REMs Green and spent a quarter-century trapped in the eclectic Athens indie scene.

Musicologist Roy Hobbs said: During playback the album becomes a window to the past that the listener can physically squeeze through, assuming they’ve not put on too much weight.

Though obviously it has to be the collectors edition gatefold vinyl.

“With the glossy booklet, and a download code for unreleased tracks that presumably never came out because the band deemed them ‘excessively good’.”

Liam Gallagher plans to leap into the reissued Definitely Maybe and go back to 1994, despite warning this could trap him in a loop of his own creative decline.

Eleanor Shaw of Exeter said: My Deluxe Anniversary copy of The Cures Disintegration became a portal to 1989, when I was a slim teenager with so much going for me.

Actually, I was a sulky goth bitch who screamed at my mum when my clothes werent black enough, so I decided give my sleeping younger self backhanders across the face.

56-year-old music fan Nathan Muir said: “It’s crazy that somehow all these classic albums weren’t properly mastered the first time around, necessitating a new product. I bet the record labels are really angry about that.”