THE Russian hackers who broke into 500 UK webcams are transfixed by the sheer lack of event in British lives.

Victims were alerted to the security breach when heavily-accented voices from their computers marvelled that they were not even speaking to each other.

Russian hacker Timur Bobkov said: “Life in the West has been sold to us as a never-ending cycle of thrilling consumption and glittering parties.

“When you open box of Maltesers I am almost as thrilled as you are. Is pathetic.” 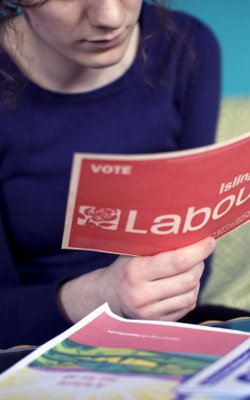 TACTICAL voters no longer have any idea who they are meant to be voting for or who they are trying to keep out, they have admitted.

There’s no point trying to be clever about this

The rise of UKIP, the fall of the Lib Dems and the frantic oscillation of Labour and the Conservatives have made tactical voting more complicated than quantum physics.

Do they just mean in bed, or will I actually have to do it with them? And is there any way I can stop it?

Political blogger Susan Traherne said: UKIPs growing power, the Greens overtaking the Lib Dems and the willingness of every party to go into coalition with every other means tactical voting is over.

Voters are now advised simply to cast their vote for the party they would most like to see actually running the county.

Which admittedly doesnt make the choice any easier.