ALEX Salmond has been asked if he would like to run Syria for a bit.

The Scottish First Minister, who still has ‘lead a nation’ on his To Do list, has been offered the post because of a shortage of non-genocidal candidates.

UN secretary-general Ban Ki-Moon said: “We were wondering who could draw a disparate nation at war with itself together under a threadbare banner of nationalism.

“Salmond’s got a track record of not-complete failure and if he can fool one nation with a string of vague utopian promises, he can do it with two.

“They even wear skirts. It’s ideal.”

Salmond is seriously considering the idea, but is annoyed that he was the UN’s second choice after they were turned down by Sven-Goran Eriksson.

Stag do spiralled into tameness 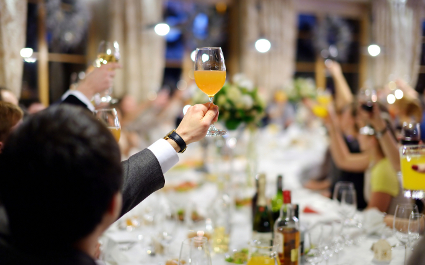 A STAG party has totally petered out after only three hours of drinking.

Tom Logan’s stag party was initially a week in Magaluf, before being downgraded to two nights in Amsterdam and then to drinks at the Slug & Lettuce in Weybridge.

Bawdy anecdotes, chanting and leering at passing women failed to occur. Only two of the group wore the official ‘Logan’s Run’ t-shirts and by 10 o clock everyone was discussing instant access ISAs.

Throughout the evening guests were surreptitiously checking train times on their smartphones while claiming to be searching for the latest celebrity nudes.

Best man Stephen Malley said: “We were all completely up for this one getting seriously messy.

“But I had to pop by the office tomorrow morning and Mike was taking his kids to swimming lessons first thing.”

Malley had hoped to enliven things with a sex-themed drinking game, but nobody got into it.