SAUDI Arabia has welcomed Theresa May’s decision to criticise Boris Johnson on the basis that she must have cleared it with her husband.

May stressed the Foreign Secretary was wrong to point out Saudi Arabia’s role in destabilising the Middle East, stressing the Saudi regime had ‘superb taste’ in British-made military aircraft.

A spokesman for King Salman said: “Your prime minister, Philip May, has apologised and we welcome his reassurance that your country will remain a dutiful servant.

“It is unfortunate that he chose to express himself through his woman. We look forward to normalising our diplomatic relationship as soon as possible.”

The spokesman said the King now expected a ‘conciliatory gift’ from Britain, such as the Lake District National Park or an actor who has played James Bond. 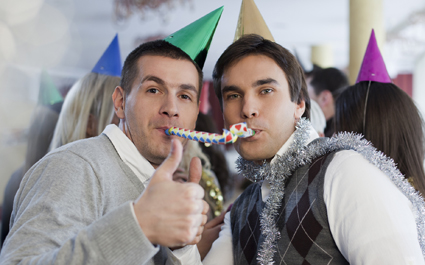 A MAN has instantly regretted taking an Ecstasy pill at his work Christmas party, it has emerged.

28-year-old Stephen Malley brought a small bag of pills to his office’s Christmas gathering at a local brasserie. After calling workmates who refused them ‘pussies’, Malley swallowed a pill just as the buffet was being clearly away to make space for the disco.

He said: “Now I’m off my tits and someone’s talking to me about stakeholder pensions. I need some water and to get my shit together. Need to sit in the disabled toilet for a bit and chain smoke.

“No wait, you can’t smoke indoors. Or can you? I feel confused, I need to eat one of those mini sausages so that I look normal.

“Then maybe I can get behind a curtain. These curtains feel soft.”

Co-worker Nikki Hollis said: “Stephen loves to think of himself as the ‘crazy one’ but we all thought this was a stupid idea because he would be a gurning mess in a room where most people are over 50.

“He’ll be okay during the disco, going mental to Yazz and Snoop Dogg, but I wouldn’t want to be in his shoes when it ends at 10.30. That’s going to be a very lonely place.”